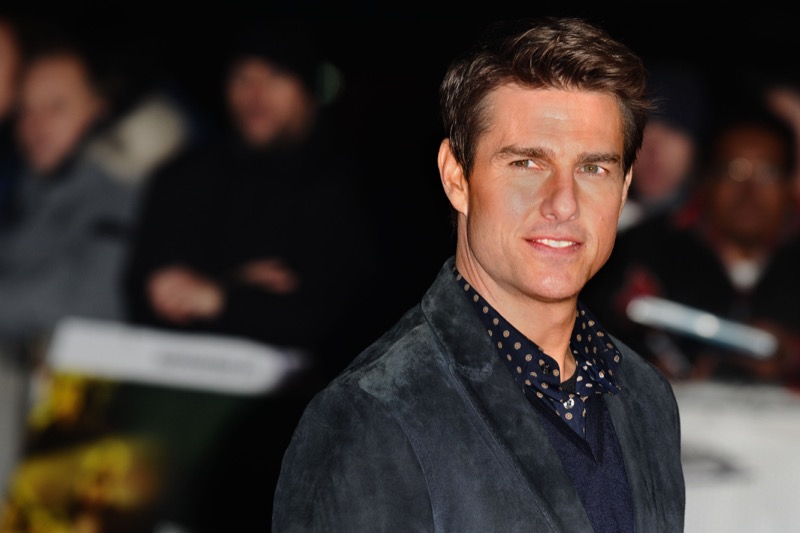 Tom Cruise, Hollywood royalty, and Kate Middleton, British royalty, just stole the spotlight at Wimbledon. Known for fascinating fans by featuring the best tennis players in the world, the famous tournament has seen its share of celebrities. But the sight of Cruise unable to take his eyes off the Duchess of Cambridge just won for Most Amazing Celebrity Sighting!

Find out what happened when the “American Made” actor caught sight of Kate. And learn about the previous Close Encounter Of The Royal Kind. Catch up with Tom Cruise admiring Kate Middleton below!

Glowing in her sunny yellow frock, Kate Middleton, 40, captured the eyes of royal watchers at Wimbledon. But celebrity watchers also caught sight of Tom Cruise, who celebrated his 60th birthday on July 3. As a result, several noted that Cruise just couldn’t seem to stop checking out the Duchess of Cambridge, noted Page Six.

And while some claimed that Tom went too far in allegedly “drooling” over Kate, others felt that Cruise looked gallant in admiring the Duchess of Cambridge. For instance, one fan tweeted in response, “Love the way @TomCruise – who could blame him? – [is] looking at her. Enchanted of #TheDuchessOfCambridge and looking like her most loyal and gallant knight. Doubtlessly he’d be never a Lancelot, but a Gwalchafed | Galahad.”

However, others focused on Cruise himself. For example, one fan posted, “Tom looking good. I’m loving the distinguished gentlemen’s look. Clean-shaven, suit and tie, regal demeanor.” And then came the comparisons to Prince Harry, referred to as the “C lister from Montecito.” As a result of Harry not always following traditional royal family dress codes, one royal family observer shared, “[Tom Cruise is] dressed according to Wimbledon protocol. Unlike the C lister from Montecito.” We see what you did there!

But some Wimbledon observers may not realize that Tom Cruise and Kate Middleton actually have a history. In May, Cruise met the Duchess of Cambridge at the London debut of Tom’s “Top Gun: Maverick.” The always dapper actor rushed to rescue Kate when a flight of stairs faced her. As a result, Tom broke royal protocol by holding her hand to serve as her escort. But his fans ignored the rule-breaking to praise him for his gallant gesture.

Kate’s husband Prince William also attended the film premiere. But the Duke of Cambridge appeared focused on arranging his tie and jacket. As a result, fans shared their praise for Cruise. “Tom is so lovely. Always the gentleman,” tweeted one follower. And another chimed in, “I don’t care for, or about Tom Cruise’s religious beliefs. But I will say this, he is always a gentleman and never forgets for a second how to behave in public.”

And William came in for some shade with regard to his failure in helping his wife up the stairs. For example, one fan tweeted, “Bless Tom Cruise. He looks like he takes everything he does so seriously, including escorting the Duchess up the stairs. I think William is struggling to hold it together 😅.”

Tell us what you think. Did you enjoy seeing Tom Cruise admiring Kate Middleton at Wimbledon? And would you like to read more celebrity gossip? After you share your views, check back on our site for more celebrity news!