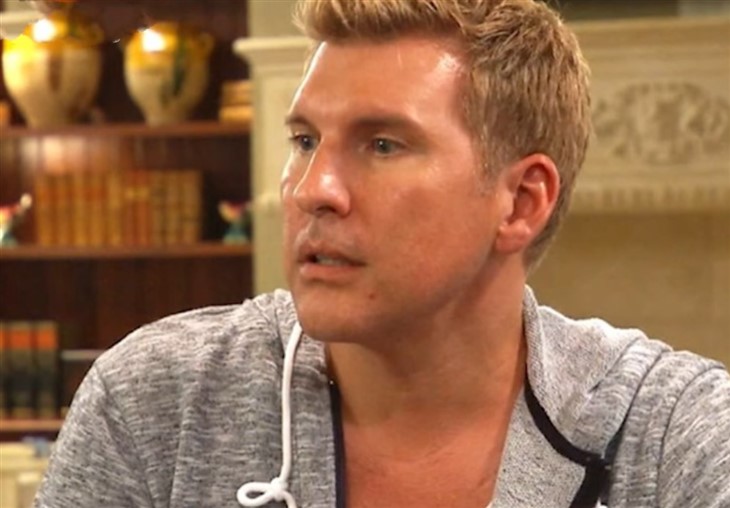 Todd Chrisley, the patriarch of Chrisley Knows Best was known for inspirational messages before his conviction for tax evasion and bank fraud. However, he also often posted cryptic messages about love and forgiveness. A lot of folks assumed he posted them up because of his estrangement from his daughter, Lindsie. But they made up. So, what is going on with his cryptic messages right now?

Todd Chrisley – Is Quieter Since His Conviction

Since the jury in Atlanta found Todd and Julie guilty he didn’t say much on Instagram. At least, in comparison to his previous posts, he went very quiet. Presumably, he turned his attention to the fact that he and his wife could potentially face 30 years in federal prison. Confined to his home, he probably consulted with lawyers to secure the future of Grayson and Chloe. Perphaps, he also made some plans for his mom, Nanny Faye.

Todd Chrisley recently got his sentencing date delayed after his lawyers filed a motion. It seems to be related to a witness who said something in the case that wasn’t true. As it was allowed as evidence, that could have influenced the jury to vote for their guilt. In fact, The Chrisley Knows Best stars got their motion to appeal granted and the court felt that there were good grounds for it. So now, the sentencing date was moved from early October to November.

Todd Chrisley – Shares Cryptic Posts – What Is He On About?

In the last 10 days or so, Todd posted up two cryptic memes. But, by limiting the comments, it seems a bit pointless if fans can’t debate and ask what he’s getting at. So, it’s anybody’s guess who he talked about when he said, “Love isn’t retaliation, love is forgiveness, acceptance, kindness and understanding and should never be vengeful.”

That came when Todd Chrisley posted a meme that said, “When someone you love causes you pain, you don’t turn around and hurt them.” It added, “That’s not called love, that’s called getting even.” In the past, folks could assume he talked about Lindsie. Or, Kyle. Remember, Kyle cooperated in the Georgia tax case. But that’s really old news, so how that relates to the here and now, isn’t clear.

Todd Chrisley also posted up about how “the best way to trick a fool is to let the fool think he’s fooling you.” While that might relate to his pending appeal, his caption mentioned saying goodbye to someone. He wrote, “Not everything that’s been done wrong to you warrants a response, sometimes silence is the only response needed to let someone know you bid them farewell. Ask God to bless them and move them on, just as God blesses and moves you on.”

Seemingly, Todd is saying farewell to someone who wronged him. Who could that be? What do you think? Shout out in the comments below.

Be sure to catch up on everything happening with the cast of the USA Network right now. Come back here often for more news and updates about Chrisley Knows Best star, Todd Chrisley.