The Young And The Restless (Y&R) Spoilers: Answers For Jack? 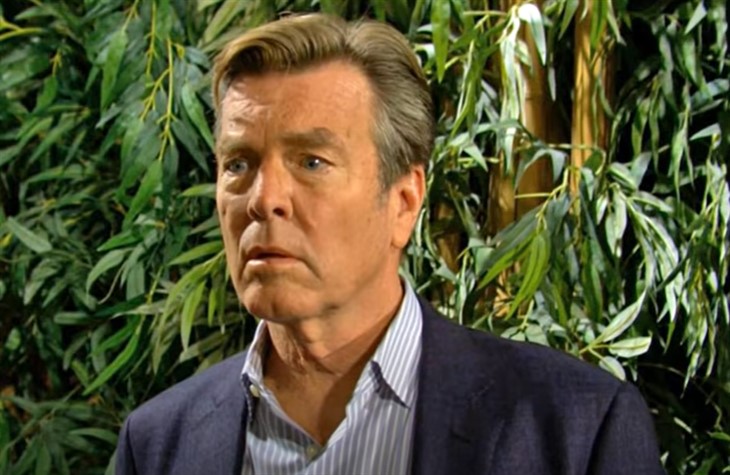 The Young and the Restless (Y&R) spoilers for Wednesday, March 9, 2022, reveal Jack and Phyllis’ trip to California might get Jack some answers.

The Young And The Restless Spoilers – What Was Up With Keemo?

Jack Abbott (Peter Bergman) is still absolutely devastated that his son, Keemo, is dead, and they never made amends or made up for lost time. But he wants to know about his son and a trip to California where Keemo lives is in order. When Jack arrives with his sidekick, Phyllis Summers (Michelle Stafford), by his side, they find Keemo’s house and find he lived quite modestly.

As they go through his things, Jack discovers what kind of life his son had, but they still don’t know who is sending the text messages. All Jack is doing is trying to find closure, but he may find another door that opens that can change his life. There’s a mysterious stranger lurking around and she might have the answers that Jack is looking for.

Billy Boy Abbott (Jason Thompson) may have started a podcast in the middle of the night, but now he doesn’t know what to say. Wasn’t it supposed to be his thoughts and ramblings of Billy’s mind? Does he need a script for that? Well, now he has some kind of version of writers’ block and his sister, Traci Abbott (Beth Maitland), has to come to the rescue. What will she teach Billy about finding words when none seem to be there? Traci has definitely had to deal with this sort of thing before.

The Young And The Restless Spoilers – A Time For The Winters

Lily Winters (Christel Khalil) and Devon Hamilton (Bryton James) meet to make an important decision together. Does this have to do with merging Chancellor with Hamilton-Winters. After all, Devon’s money mainly comes from the Chancellor family and merging the two companies would make sense.

Or does this have to do with something else? Isn’t it almost the anniversary of Neil Winter’s (Kristoff St. John) death? Are they planning some type of memorial? We bet they talk about their respective love lives too, so anything can happen when Devon and Lily get together? Stay tuned to The Young and the Restless weekdays to see how these stories play out.

Days Of Our Lives (DOOL) Spoilers: Ben And Ciara Have Big News