The Bold And The Beautiful Spoilers: Liam Lets Loose On Hope 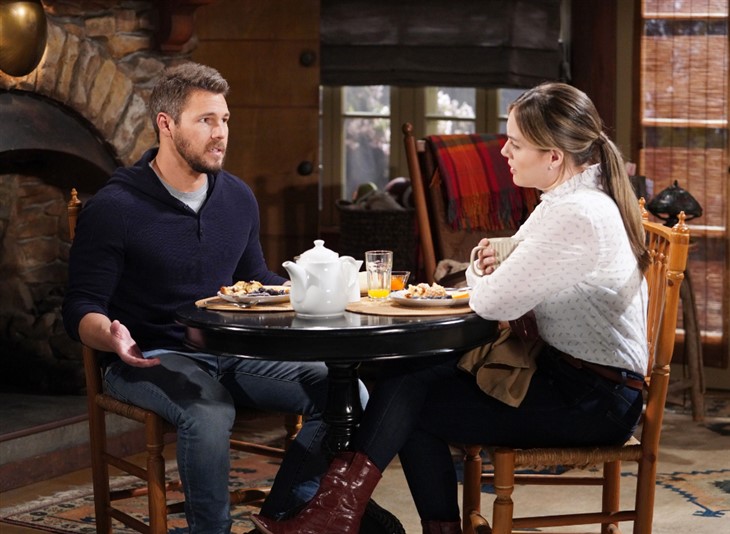 The Bold and the Beautiful (B&B) spoilers for Wednesday, September 14, 2022, reveal Liam telling Hope exactly what he thinks about Thomas.

Liam Spencer (Scott Clifton) has had just enough of Thomas Forrester (Matthew Atkinson) and this idea that he wants to raise his own son. It has to be a trick to get Hope Logan Spencer (Annika Noelle) back because the idea that Thomas could have moved on is impossible or him to believe.

Liam is quite vocal as he voices his concerns to Hope. He doesn’t think that Thomas cares about Douglas Forrester (Django Ferri) at all. Thomas has proven over and over again that everything he does is about Hope, so why should this time be different?

Oddly enough, Liam didn’t have this concern when he nearly went to prison in 2021 and asked Thomas to be the one to look after Hope and the kids. And never mind that it was Thomas who made sure he did NOT have to go to jail. Liam is still angry and refuses to take it anymore.

Steffy Forrester (Jacqueline MacInnes Wood) has also just about had enough. She is tired of her parents being apart when they so obviously belong together. So what if Steffy is a grown woman with her own children? She still has to meddle in her parents’ lives because she wants them to be happy the same way that she is happy with John ‘Finn’ Finnegan (Tanner Novlan) and she knows Brooke Logan Forrester (Katherine Kelly Lang) isn’t the way to get there.

Ridge Forrester (Thorsten Kaye) has already admitted that he still has feelings for Taylor Hayes (Krista Allen) so there is no reason that he should not act on those feelings. However, perhaps Ridge should make up his own mind and not listen to one of his kids. Then again, Ridge never seems to be able to make up his mind about either of these two women, so maybe this little nudge from Steffy will do the trick after all these decades. Stay tuned to The Bold and the Beautiful weekdays to see how these stories play out.

The Young And The Restless Spoilers Wednesday: Things Get Ugly For Devon And Nate