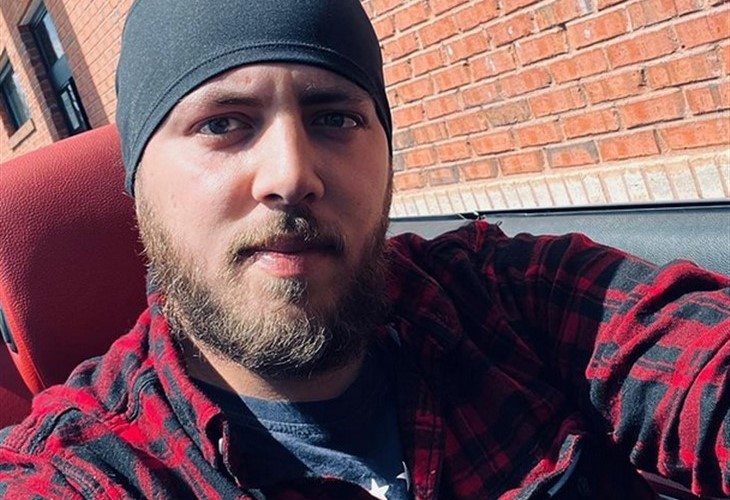 90 Day Fiancé star Zied Hakimi doesn’t post a lot on Instagram. However, in recent weeks, he has shared beautiful images of himself and Rebecca Parrott. Meanwhile, the latest post reveals the couple, looking truly glamorous, with Rebecca looking almost ageless. However, many of their followers are skeptical about the new image, accusing the TLC reality couple of photoshopping the snap.

A few weeks ago, Zied Hakimi has started regularly posting glamorous selfies of him and Rebecca Parrott. The couple always looks so beautiful and it is clear from the images that they are still madly in love.

Fans first met Zied and Rebecca in season 3 of 90 Day Fiancé: Before the 90 Days back in 2019. Despite their huge age difference, they always seem very much in love, despite overcoming difficulties like cultural differences and a language barrier. Zied and Rebecca finally got married during season 8 of 90 Day Fiancé. At the time, while fans did want them to stay together, they were pretty sure Zied would eventually drop Rebecca for a younger American woman.

However, two years down the line, Hakimi and Parrott are still together and seem to be madly in love. In fact, the Tunisian native does occasionally post photos of his lovely wife on Instagram to prove his feelings. As they hadn’t been on social media much, fans did wonder if they were still together.

Yesterday, Zied posted a gorgeous selfie with his wife on his Instagram with the caption, “With my baby @tlc_90day_rebecca.” They both look like they have had a new makeover, with Rebecca looking gorgeous to Zied’s handsome look.

The image reveals Hakimi with his hair pulled back in a ponytail and a neatly-trimmed beard. Meanwhile, Rebecca looks gorgeous with her dark hair and red lips. 90 Day Fiancé fans are always impressed that, at the age of 50, the mother of three children has a glow on her face. In fact, she looks incredibly good for her age. 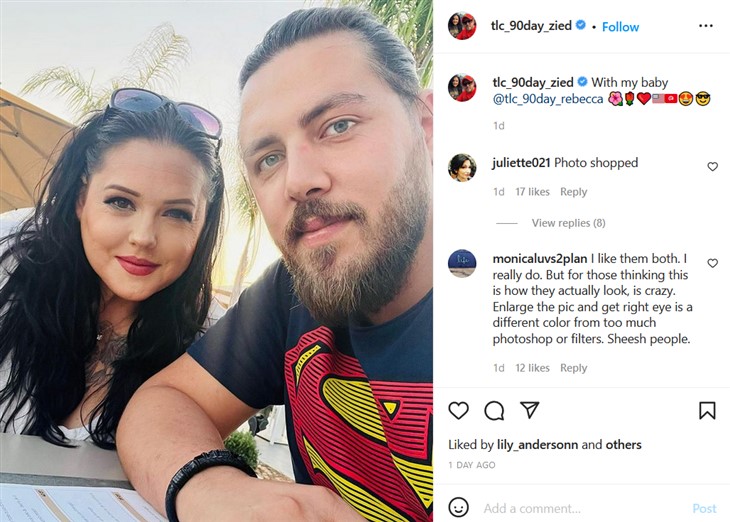 Many fans commented, remarking about how good they both look. In fact one quipped in the comments, writing “She looks younger than him hahaha. Wow. I want to look like this in her age.” Another fan commented, writing that Rebecca is aging gracefully and that they both look great.

Despite the positive commentary, other fans are critical, accusing Zied of photoshopping the image. Admittedly, Rebecca has, in the past, admitted that she likes to edit her photos to make herself look good.

One Instagram follower wrote simply, “Photo shopped,” which drew several responses. One follower wrote, “seriously, that or she found the fountain of youth.” Another wrote, “I like them both. I really do. But for those thinking this is how they actually look, is crazy. Enlarge the pic and get right eye is a different color from too much photoshop or filters. Sheesh people.”

Meanwhile, another of Zied’s followers commented, writing yes, it is probably photoshopped. However, they added that “this is totally her prerogative [sic], but people aint [sic] no fountain of youth here …just saying.”

However, the fact that Zied and Rebecca are still together and looking so good should be more than enough to keep their true fans happy.

Watch the latest cast members on 90 Day Fiancé on Sundays at 8 pm ET on TLC.