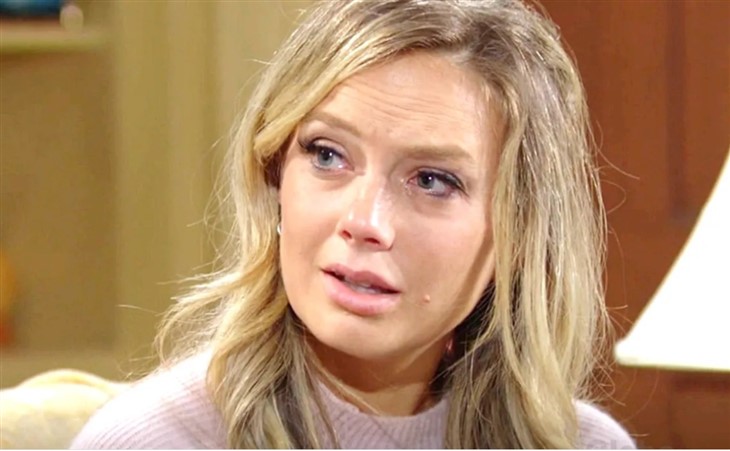 The Young and the Restless (Y&R) spoilers reveal that Abby Newman-Abbott-Chancellor (Melissa Ordway) has a lot of names and what owning all those names boils down to is that she has divided loyalties. Which comes first, her allegiance to her family or her devotion to her husband? She and her husband Chance Chancellor (Conner Floyd) are about to find out and it is going to be an explosive roller coaster ride for fans as they watch the next few turbulent days play out!

Let’s unpack what is going to go down in Genoa City, Wisconsin, Y&R fans, as the ish consequences of Ashland Locke’s (Robert Newman) death play out in all the wrong ways.

The Young And The Restless Spoilers – Chance Chancelor Is Taking Chances

Chance is a cop and he is determined to find out what happened to Abby’s sister Victoria Newman’s (Amelia Heinle) husband, the Locke Ness Monster. The Newman family is tight, and Victoria and her brother Nick Newman (Joshua Morrow) called Chance the night they thought they murdered old Ashy.

They didn’t call 911 or the GCPD, they called their brother-in-law looking for favoritism, it’s as simple as that. Chance let them down because apparently he is gung-ho to see justice served—what nerve!

He clearly isn’t counting on Abby wanting to protect her dad Victor Newman (Eric Braeden) and the others.

In reality, by the time Chance got on the crime scene, there was just a puddle of blood where Ashland’s head once lay. Later the corpse was found in his car, and now it looks like there is a big Newman-style coverup in play.
What has Victor done? Whatever it is, it’s because he loves his family and Chance would do well to take a lesson in loyalty from The Mustache!

Instead, explosive show spoilers tease that Chance discovers some suspicious evidence with Kevin Fisher’s (Greg Rikaart) help. Will Chance conclude that his FIL Victor is guilty?

Viewers can expect that Abby will disapprove of Chance’s actions during the week of August 1-5 and all heck will hit the roof. Can Chance appease his wife? Will he be caught out trying to prove that Victor staged Ashland’s car crash in the ravine? As far as Abby will be concerned, Ashland was a monster and got what he deserved, which doesn’t sit well with the lawman she married. Push is going to come to shove Y&R fans, will Abby resort to dirty tricks against her husband to protect her dad and if so, will Chance be forced to arrest his own wife?!