The Young And The Restless Spoilers: Adam Refuses To Give Up On Sally 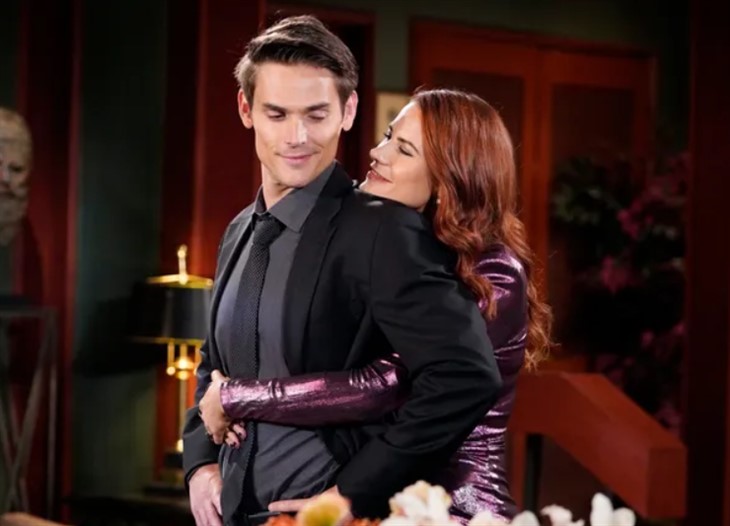 The Young and the Restless (Y&R) spoilers for Thursday, October 13, 2022, reveal Adam making a bold move that will either help or hurt his situation with Sally.

Adam Newman (Mark Grossman) is definitely regretting his stupid decision to dump Sally Spectra (Courtney Hope) for no real reason and he was very clear with Nick Newman (Joshua Morrow) that he wants Sally back. He even gave Nick food for thought and told him if Sally is just a fling, let her go because she deserves more than a fling.

Sally even gave Nick an out telling him she wasn’t even sure how to define their relationship, but Nick apparently does not want out. Part of him just likes sticking it to his brother and the other part of him just likes the sex because he certainly doesn’t seem to be in love with Sally.

Nonetheless, Sally and Nick go on their first public date and Adam is right there to crash it and make it miserable for Nick. He is not about to give up on Sally so soon because, in his gut and heart, he knows they are right for each other and it’s clear she is still in love with him. Is Adam reading the room correctly? Probably, but that doesn’t mean Sally isn’t stubborn and is ready to dump Nick so soon to return to a man who broke her heart.

Ashley Abbott (Eileen Davidson) is surprised by the pleasant visit she had with her ex-husband Tucker McCall (Trevor St. John) but that certainly doesn’t mean she wants to see him more. In fact, she wants to steer as clear of him as possible. Too bad nobody is making that easy on her, especially Tucker. While he seems like a changed man, Ashley has been down this road too many times before.

She also has Phyllis Summers (Michelle Stafford) and Nikki Newman (Melody Thomas Scott) to contend with, who still insist that Ashley’s in with Tucker will get them all the dirt they ever needed on Diane Jenkins (Susan Walters). When will this one-track mind about Diane end? Probably never. Stay tuned to The Young and the Restless weekdays to see how these stories play out.

Days Of Our Lives Spoilers: Things Are Going South For Kate, Kayla, And Marlena

The Bold And The Beautiful Spoilers: Is Katie Really To REALLY End Things With Bill?