Days Of Our Lives Spoilers: Kristen Thinks She Has Brady Where She Wants Him 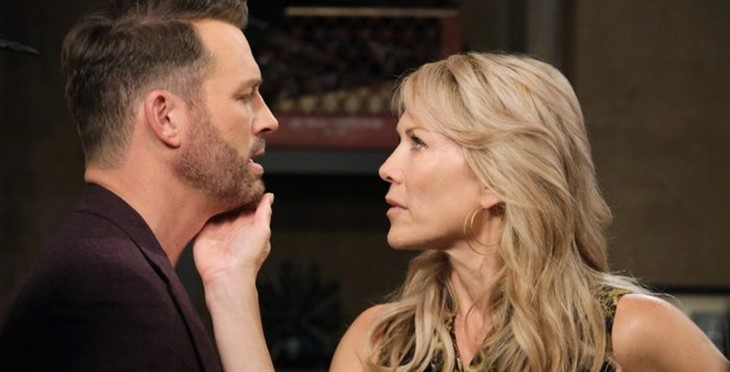 Days of Our Lives spoilers for Friday, October 14, 2022, reveal Kristen going for exactly what she wants and what she seems to always have wanted during her 21st-century Salem days.

Ever since Kristen DiMera (Stacy Haiduk) returned to Salem after 14 years away, she has wanted Brady Black (Eric Martsolf), the man to who she almost became stepmother to when she was a toddler. Now, she is the mother of his child, but he has custody of her and she has barely any rights at all.

However, she does have that orchid that can supposedly save Marlena Evans (Deidre Hall), Kayla Brady Johnson (Mary Beth Evans), and Kate Roberts Brady (Lauren Koslow), and Brady wants it. Chloe Lane (Nadia Bjorlin) has already suggested she and Brady break up for young Rachel’s sake and Brady didn’t want to hear of it. But, will he do it and give Kristen who and what she wants if it means saving his mother and the other women? That is what Kristen is counting on.

Meanwhile, as the women struggle to hold out for a cure, Kayla gets a visit from her stepson and son as Tripp Johnson (Lucas Adams) and Joey Johnson (Tanner Stine) make their way back to Salem.

DOOL Spoilers – Nicole Walker Has A Confession To Make

While Eric Brady (Greg Vaughan) is worried that his mother and new stepmother might not make it through the night, Nicole Walker (Arianne Zucker) can’t stop dreaming about Eric and all she wants from him. She still has feelings for him, she knows they are not going anywhere, and she has to talk about it to someone so she chooses Chloe.

Of course, Chloe already knows this and just thinks Nicole should tell Eric the whole truth and nothing but. She also thinks that Nicole should tell her husband, Rafe Hernandez (Galen Gering), what is really going on. However, Rafe already suspects something.

As for Eric and his worries about Marlena, he receives support and comfort from his new girlfriend, Jada Hunter (Elia Cantu). Is their relationship more serious than anyone realizes or will his forever feelings for Nicole win out? Stream Days of Our Lives weekdays on Peacock by 6 am EST to see how these stories play out.

The Young And The Restless Spoilers: Nick Wants Answers From Sally