The Young And The Restless Spoilers LEAK: Faith And Moses Teen Pregnancy? 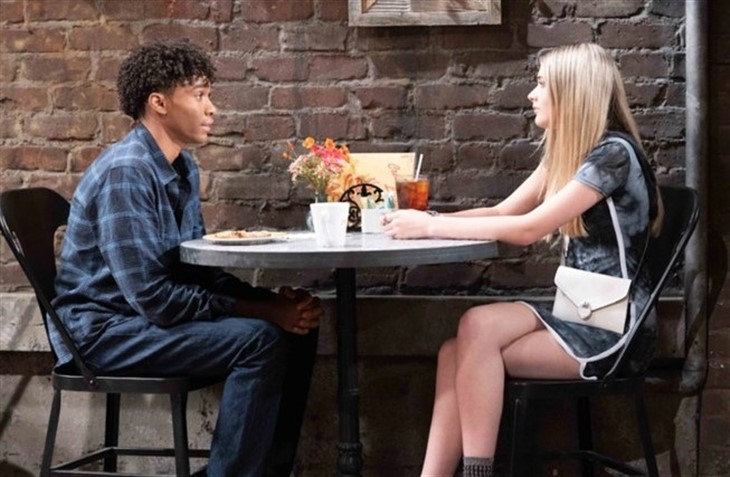 The Young and the Restless (Y&R) spoilers tease that Moses Winters (Jacob Aaron Gaines) and Faith Newman (Reylynn Caster) have been flirting up a storm recently and with Valentine’s Day on the calendar, Moses wanted to do something special for his crush. Is it time for these two to take a big leap forward and become intimate?

According to our CBS inside source, TPTB have tossed this idea around, with the possibility of running with a teen pregnancy storyline. Is that plot just around the corner?

The Young And The Restless Spoilers – Faith Newman Is Finally On The Right Track?

Right now Faith appears to be on the straight and narrow path after a harrowing period of sturm und drang. The teen was the victim of malicious school bullies who led her to make bad choices that resulted in dangerous behavior.

Faith found out that her bestie was also the one behind the bullying and when she discovered the truth she spiraled out of control. Faith’s drinking got out of hand and her trauma culminated in stealing her grandfather Victor Newman’s (Eric Braeden) pickup, crashing it and landing in the hospital.

Y&R Spoilers – Moses Winters Is A Stand Up Teen

Luckily Moses had come to town to be with his extended Winters family. It was clear from the get go that he was a kid with his head on straight and that the character was brought back to interact with Faith. Over time these two have cautiously plotted a course of romance and it has been more tepid than blazing hot. That could change if what out CBS insider has heard becomes reality.

How would you feel about a teen pregnancy storyline Y&R fans? Last week Moses approached Faith’s father Nick Newman (Joshua Morrow) to ask about what he should get Faith for Valentine’s Day. He wanted it to be special and was struck as to what to get her. Nick told him that she loves the jewelry he gave her in the past and Moses replied that he almost gave her a book instead. Moses and Faith are typical teens, exploring career paths and learning about love. Will their paths converge in an unplanned teen pregnancy plot—tell us what you think!