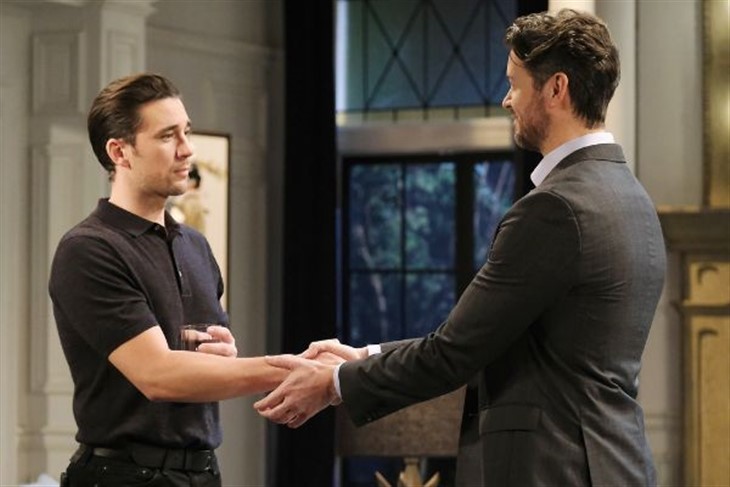 Since Jada Hunter (Elia Cantu) discovered the discrepancy in the security footage that was Clyde’s alibi, showing him fishing, everybody’s been looking for Clyde. She and Rafe Hernandez (Galen Gering) have put an all-points bulletin out and a be on the lookout BOLO as well, as they try to recapture him. After Sonny Kiriakis (Zach Tinker) remembered seeing Clyde’s reflection in the glass of a picture on the wall, Chad took a gun out of his safe.

After Chad goes on his search for vigilante justice, EJ and Belle Black Brady (Martha Madison) are worried; they go on the hunt for Chad. They both know the condition he was in the night Abigail was murdered, they were there.

DOOL Spoilers – Where Is Chad DiMera?

Soon the question becomes where is Chad DiMera, and will he find Clyde before the police do; and that question leads to another, who will kill the other one first? EJ soon realizes it may not be safe for Belle to tag along to look for Chad, and he goes on the hunt on his own.

EJ and Clyde have a fraught history on Days of Our Lives, EJ remembered that Clyde had been in cahoots with EJ’s disloyal employee and ordered his shooting from which he would have died. If it weren’t for his father, Stefano DiMera (Joseph Mascolo) ordering Dr. Wilhelm Rolf (most recently Richard Wharton) to give him resurrection serum he wouldn’t be around. EJ keeps hunting on his own, knowing more about the real Clyde than he cares to remember, and knows where Chad might be as well.

Days Of Our Lives Spoilers – A Date With Death?

Clyde is at the cemetery, dressed for his wedding to Nancy Miller (Patrika Darbo) with his suit on and a boutonniere in his lapel. He’s leaning down at a marker, which could be his stepdaughter Jordan Ridgway’s (Chrishell Stause) grave, although he could bizarrely be visiting Abigail’s grave as well. Perhaps that is how Chad finds him and as he points a gun he tries to force the truth out of Clyde as to why he murdered his wife.

Clyde fights back and gets the better of him, pinning him to the ground in a death grip; what happened to the gun? Just then EJ arrives and fights Clyde off Chad, and maybe gets Chad’s gun and holds it on Clyde, with sirens blaring in the background.