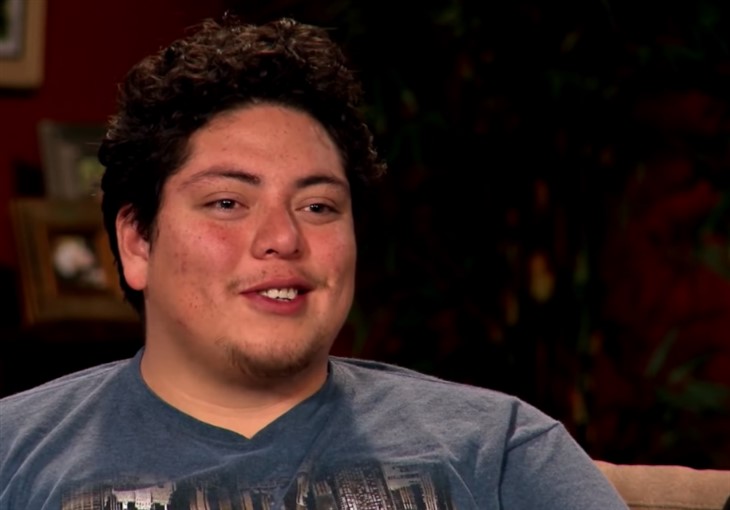 Sister Wives fans wondered if Tony Pardon would ever return to the TLC show. For a long time, Mykelti said that he stayed off the screen because of his job. Apparently, he worked in banking, and it wasn’t ideal for him to have his job and appear on reality TV. However, fans have seen quite a lot of him in the current season. Actually, he seems to have gone from being unpopular with fans, to super-popular because he seems scornful of his father-in-law, Kody Brown.

In the past, TLC fans slammed Tony every single time they got an opportunity. Actually, some regrettable comments have been made in the past about his looks. Additionally, people have long memories, and when he married Mykelti Brow folks slammed him. Back when Kody was less despised by TLC fans, fans complained that Tony seemed way too selfish. Recall, soon after Maddie Brown married Caleb, Tony and Mykelti decided to tie the knot, and that strained Kody’s purse strings. However, along came baby Avalon, and perceptions started to change,

Sister Wives fans heard that Mykelti and Tony Padron were filming for Season 17 because Mykelti leaked the news via her Instagram. Since then, the couple welcomed their twin boys, and fans saw Tony doing more than just struggling to get to the birth of Avalon. TLC fans just love it when the cast have babies, and now that Tony is the dad of three kids, he grows on people. Recently, he dissed Kody and that made fans extremely happy with him.

Fans didn’t really get to know Tony all that well when he didn’t film for the show. However, now that they see more of him, folks recall that he’s not keen on polygamy. Of course, in season 17, it becomes even more clear that polygamy is not the utopia that Kody always claimed it was. So, Tony scores big points for honoring the sanctity of marriage to a single wife. Additionally, he seemed very unimpressed by Kody giving Mykelti a hard time when he questioned her about Christine leaving him.

Sister Wives fans know that Mykelti thinks the world of Robyn because she used to stay with them when she was a teen. In fact, Mykelti was upset because Robyn couldn’t make it to the birth of Avalon. However, Tony doesn’t seem to like Kody very much. Soap Dirt reminded fans that he said that he’s hardly surprised that Christine left Kody. In fact, Tony doesn’t say all that much, but when he does, fans get the message. Clearly, he thought that Kody treated Christine badly. He actually seemed surprised that Christine hadn’t left him already.

Sister Wives fans know that Tony Padron shares very few common traits with Kody Brown. With his Mexican heritage, he seems a devoted father and husband. From what fans can see, he treats Mykelti with respect, something Kody seems incapable of doing with his wives.