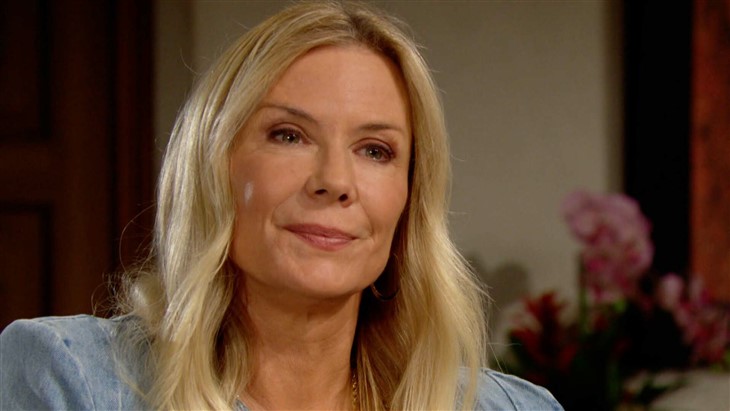 The Bold and The Beautiful spoilers reveal that Thomas has completely blown his wedding now that the truth about the CPS call is out. It seems that Douglas may play the recordings to let Ridge Forrester (Thorsten Kaye) know what Thomas has done. After all, even Douglas knows that Thomas was wrong to frame Brooke for the CPS call.

Steffy Forrester (Jacqueline MacInnes Wood) and Taylor Hayes (Krista Allen) will confirm what Thomas has done. Ridge will be furious and rip into Thomas over this call. Ridge will then head to Brooke’s to explain himself or at least try to. Ridge will finally realize that Brooke is right and needs to be very concerned about Thomas’ actions.

Brooke knew that Thomas had done something to ruin her marriage. However, Brooke had no idea what Thomas had done. Thomas, of course, denied any wrongdoing when asked knowing full well what he had done. Brooke will not be able to resist confronting Thomas about framing her by calling CPS on himself.

Thomas put Douglas in danger. Brooke loves Douglas, he is her grandson. Thomas may be his father but he certainly doesn’t care to put his son in danger. Not only did Thomas call CPS but he also could have gotten Thomas taken away from himself and Hope. Then Thoams tried to blame Douglas for the CPS call that he clearly made. Brooke is certain to insist that Hope get full custody or else.

The Bold And The Beautiful: Thomas Forrester Thinks He Was Right

Thomas isn’t sorry about anything except being caught. Thomas only wishes that his manipulations had worked. However, Thomas has clearly shown that he is a danger to Douglas and needs to be stopped. Thomas is only concerned about what he wants and didn’t care one bit to blame his son. Thomas has threatened his son time and again causing Steffy to have to defend him.

However, Thomas may not feel that Hope will force him to give up his son. Unfortunately, Hope is a much better parent and Thomas targeted her mother. Does Thomas really believe that Hope won’t insist on custody as well? Is Thomas willing to lose his son by taking this case to court? Thomas doesn’t deserve Douglas but will Brooke have to push the issue with Hope?