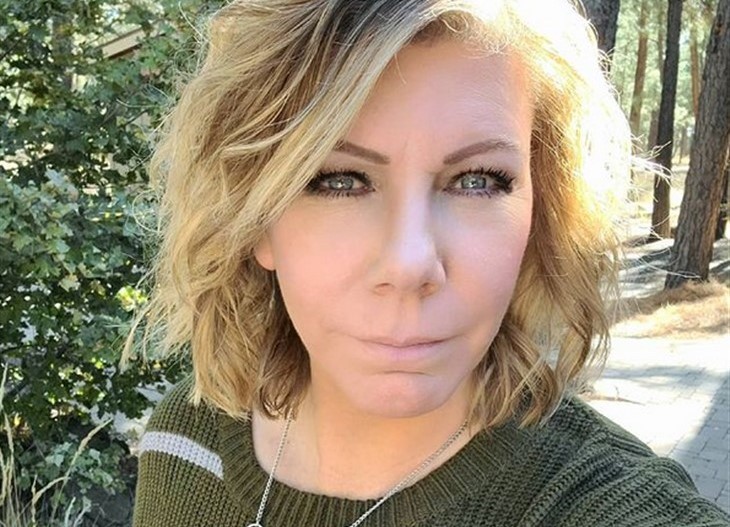 Sister Wives star Meri Brown gets a lot of critics and sometimes, TLC fans will outright slam her to her face for her looks. Once, she lost it with a troll who told her that her eyebrows looked dreadful. That came a few years ago, and since then, she tried to deal with trolls without losing it. However, in a Live recently, she melted down and clearly failed in her resolve when it comes to trolls and tolerance tests.

Most TLC stars talk about trolling at some stage of their lives. Sadly, social media gave a lot of people the bravery to hide behind their keyboards and say some terrible things. Actually, it reveals that something really nasty goes on in society these days.

Instead of being a playground bully, almost anyone can flash their bad side to the world and await the resultant fallout. Perhaps in a twisted way, trolls think they are clever. However, most people hate it when it happens with their favorite TV stars. Back in July, in a Q&A, Kody’s first wife said that she copes by just showering trolls with love.

Sister Wives star Meri Brown seems quite tolerant of trolls unless they start on about her daughter, Mariah, a.k.a Leo. Then, she leaps to her defense like a mama bear. However, what fans don’t see, is the heavy trolling that she probably gets in her DMs.

Soap Dirt reported that Meri went Live online and started revealing some of the nasty messages that she gets. For some reason, she decided to share these nasty things with fans during an “online sales” event. Actually, some of the things that fans heard about seemed shameful and quite shocking. While some fans expressed their sympathy, it seems that her discussion about trolls only encouraged more of them to get in her face.

Reportedly, some Sister Wives fans started saying some very personal things about Meri and her looks. So, she tried applying her “love” theory. However, it appears that some things are too rich for her to even try and love the hate out of people with twisted values. Why do some people do that sort of thing? According to Psychology Today, being online might give folks the illusion of “invincibility and invisibility.” So, it could be a power trip. Or, they could simply have “sadistic tendencies,” so they take pleasure in hurting others.

Kudos to the Sister Wives star for trying to love the hate out of trolls, but even she failed her own tolerance test when a follower said something really nasty about one of the kids. Soap Dirt described it as so nasty that it was “too disgusting to repeat.”

Naturally, it blew Meri Brown’s temper levels to self-combustion levels, as she seethed with rage. So, when one fan tried to suggest that she “calm down,” she lost it and yelled, “Don’t you tell me to calm down,” before switching off and ending the session abruptly.

Perhaps in future, Meri should stay away from baiting the tiger, so to speak. Still, it seems a terrible shame that despite her loving tolerance efforts, trolling goes off the charts. What do you think? Sound off in the comments below.

Be sure to check back here for everything happening with the TLC cast right now. Come back here often for more Sister Wives spoilers, news, and updates.