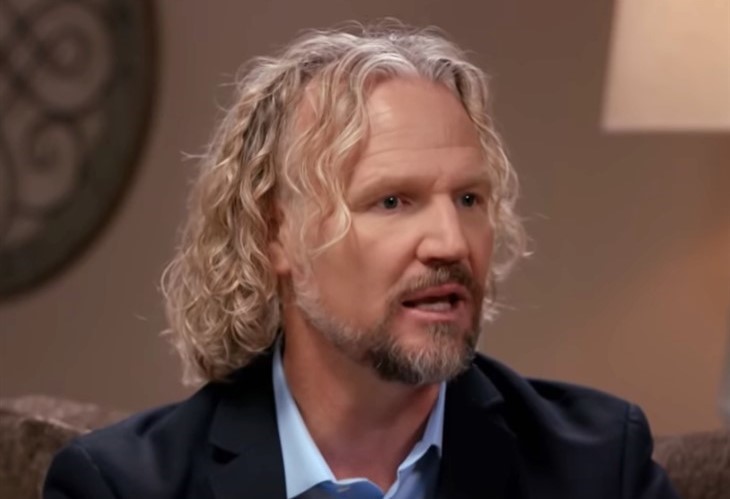 Sister Wives spoilers reveal that polygamy patriarch Kody Brown feels that his plural marriage has become, in his words, a “mess.” But Kody takes no responsibility for that situation. Instead, Brown blames God for the situation.

And sneak peeks also hint that the Sister Wives star could decide to make a major change in his polygamy lifestyle. In the wake of Christine Brown’s split, will Kody trade in his plural marriages for a new life… and a new wife?! Find out the answers below.

“When you really start getting honest, you start looking up to the heavens and going, ‘Geez, Father. You inspired me to do this. Why is it such a mess now?’” confessed the 52-year-old reality TV star. And he also analyzed his reaction to his third wife, Christine, leaving him.

Since learning that Christine decided that the polygamy lifestyle failed to live up to her expectations, Kody has sought to find his footing. Her departure “really has set me on my heels and had me questioning the lifestyle itself. It’s a challenge,” he admitted. And that comment led reunion host Sukanya Krishnan to ask if that means Kody might end his polygamy practice. “Oh, hell yes — yes,” responded Brown.

The Sister Wives reunion host also asks Kody if he has turned to questioning whether he wants a plural marriage for his future. “I question it all the time,” admitted Brown. But the 52-year-old ultimately must go from questioning to acting. And that leaves his remaining three wives facing a dilemma!

Ever since Christine, 49, gave up on polygamy, Kody’s second wife, Janelle, struggled with “soul searching.” And the COVID-19 lockdown added to the 52-year-old’s challenges. But she finally decided to remain in the polygamy marriage.

That left fourth wife Robyn, 43, worrying about her own future. Will Kody abandon her if he swaps lifestyles? “If he doesn’t love plural marriage, what does he do?” she questioned. “That’s three of us or all of us that he moves on from, and we’ve seen that in our culture.”

According to Robyn, all of Kody’s wives have seen situations “where a man decides he’s done living plural marriage and he leaves all of his wives or leaves all but one,” she revealed. “And he goes and starts a new life. He’s tired of it.” But while Robyn worried, Kody’s first wife, Meri, stayed calm.

For the 51-year-old, a relationship with Kody still holds “value,” Meri explained. But she did admit that if Kody chooses, he can “give up” polygamy while she watches, helpless. And that could mean Robyn’s worst fears turn out to be a reality.

What do you think about Kody Brown’s confession? Do you predict that the Sister Wives star will give up his polygamy lifestyle? After you’ve shared your views, check back on our site for more reality TV news.