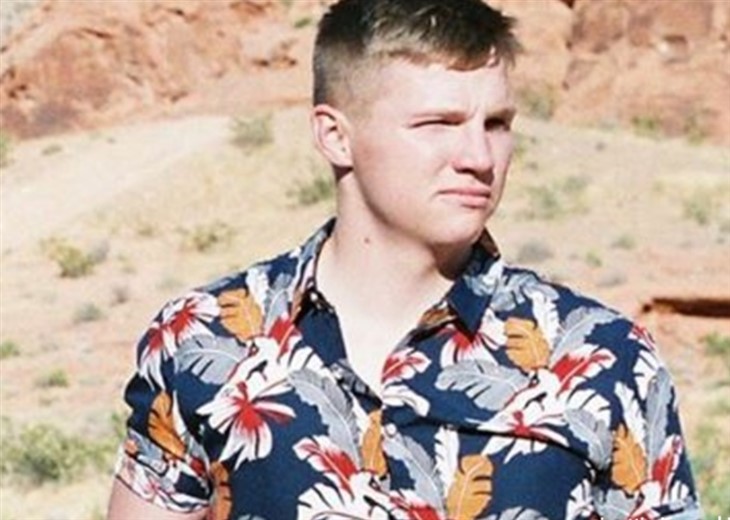 Sister Wives star Garrison Brown is the child of Janelle and Kody, and he just announced that he has a “son.” The sibling of Logan, Hunter, Gabe, Maddie, and Savanah took to his Instagram and asked fans to help with name choices. Well, he’s not married, so where did his son come from?

In the current season of the TLC show, Garrison does feature, but it’s mostly his brother Gabe that gets the attention. After all, one of the adult kids finally spoke out about their father. In fact, they clashed over a number of things during Covid, and one of them was his girlfriend. Kody objected to her seeing him in case she brought the virus into their own family. Garrison also chipped in on speaking to his dad about his over-the-top rules. But the show did not reveal his girlfriend.

Sister Wives fans love it when they see the adult kids on the show. In season 16, they already spotted Gabe, Ysabel, Hunter, and Garrison. So, they enjoyed the scene when they threw a party for Hunter who left for his University studies. That came when Meri wandered around like a third wheel as she didn’t get her own firepit for the day. Recall, Robyn and Kody made everyone sit very far away from each other. Hunter and Garrison thought it was just too ridiculous. Well, fast forward over a year, and Garrion announced the arrival of his “son.”

Sister Wives – Star Does Not Have A Human Son

Garrison Brown used the word “son,” but his baby of the four-legged kind. Instead, he has a cat.  On Instagram, he said, “I have a Son! I’m thinking of naming him Catthew, but I am taking considerations for names so leave some suggestions below.” TLC fans thought the kitty looked completely adorable, and quite a lot of them liked the name “Catthew” very much. However, plenty of other suggestions went in.

Sister Wives – One Name Suggestion Was An Auto-Correct

One Sister Wives fan came up with a name that auto-correct changed. Instead of CATTHEW., it changed it to Cat throw, (Cathrow) which also seemed like an interesting name choice for Garrison Brown.

What do you think of those suggestions for Garrison’s “son?” Do you like Catthew? Sound off your thoughts and suggestion in the comments below.