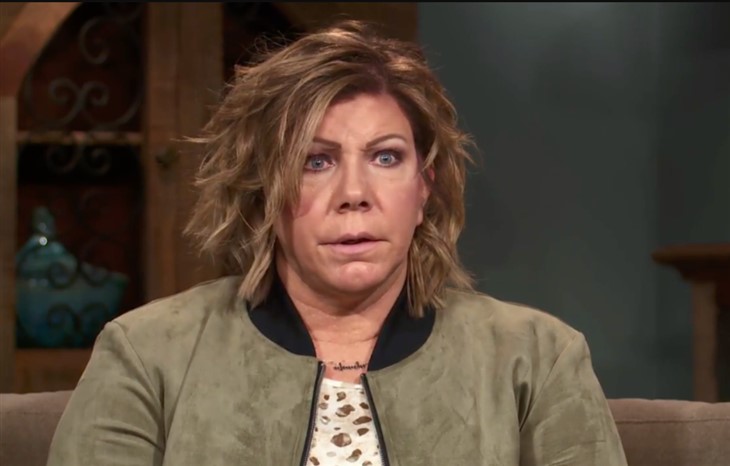 Sister Wives spoilers indicate that Meri Brown had issues filling spots for her 6K retreat. According to The U.S. Sun, the people posted in Meri’s photos from her Real Life Retreats trip from November 17-20 ended up being friends from LuLaRoe.

Sister Wives Spoilers reveal that The U.S. Sun has confirmed that one person was from a private LuLaRoe group. Meri claims that although there were only 7 people in attendance in the photos, it was the most incredible weekend and a huge success. The website for the retreat says it is not connected to LulaRoe in any way, however, fans have a hard time believing that.

One fan shared this theory, “This was 100% a PR stunt after these episodes of her being a witch aired. Too expensive for regular people to come. These are her friends and she did this to look like more of a positive person than she is.” Other fans believe it was all about LulaRoe and that they were offered a discount because who would pay those prices?

Some suggest that an NDA (Non-disclosure Agreement) had to be signed by anyone who attended the retreat. Fans were forbidden to ask about the family or the show as well. According to reports that the applications for the retreat closed on October 21 and Meri was left scrambling to fill the spots. On November 7, Meri announced that a couple of spots had opened up for the retreat if anyone wanted to get in on them.

Meri’s retreat highlights statement read, “You get your own flight to Salt Lake City (SLC) or Las Vegas (LAS), the B&B is centered between the two, about 3 hours from each, get a rental or shuttle up to Parowan, and I take care of the rest! It’ll be four days of fun, adventure, connection, and empowerment!”

Sister Wives Spoilers – The Retreat Was A Bit Pricy

“A standard ticket cost $4,500 and included three nights accommodations at a private or shared room in a luxurious home near Meri’s Lizzie’s Heritage Inn, transportation to and from Lizzie’s, meals, activities, “morning mindfulness & evening fire-pit hangs,” and a goodie bag. However, a VIP package cost $6K-$6,400, including everything mentioned above, accommodations at Lizzie’s Heritage Inn, and extra time and activities with the TLC star.” It also seems that the retreat party visited Zion National Park as well.

Fans were shocked by the prices given other locations they could go for the same amount of money or less and the accommodations they could have there. Do you believe Meri’s prices were a bit high for this retreat?