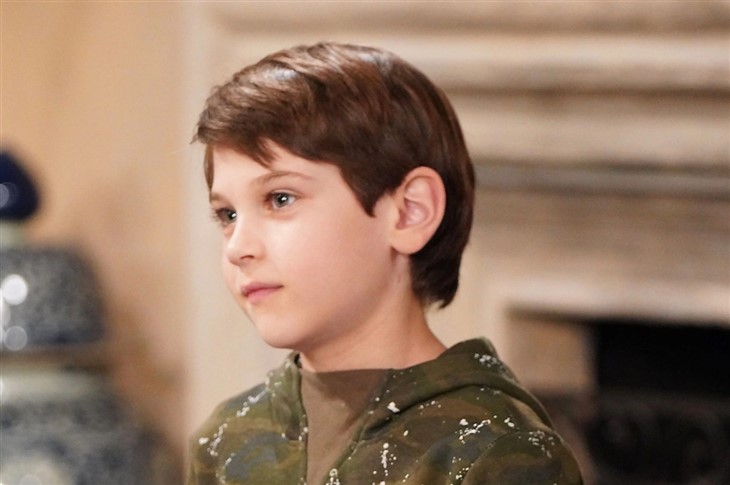 The Bold And The Beautiful spoilers reveal that Douglas Forrester (Henry Joseph Samiri) is terrified of what Thomas Forrester (Matthew Atkinson) might do now that he told about the CPS call. Douglas opened up to his Aunt Steffy Forrester (Jacqueline MacInnes Wood) and Thomas was furious. Is Douglas right to be afraid?

The Bold And The Beautiful Spoilers – Thomas Forrester Blamed His Son

The Bold and The Beautiful spoilers reveal that Steffy was furious when Thomas tried to blame his son for that call to CPS. Steffy could not believe that her brother would do that to Brooke Logan (Katherine Kelly Lang). However, Steffy was more stunned by the pressure that Thomas had been putting on his son to stay quiet. Is Steffy seeing that Brooke wasn’t wrong about Thomas’ mental status?

Next week, when Bold returns, the Forrester Family will likely learn what Thomas had done. It is going to be a shock to Thomas’ family that he hasn’t changed after all. Thomas is far from the changed man he claimed to be and even Hope Spencer (Annika Noelle) is about to realize how wrong she was to dismiss her mom’s concerns.

It looks like Taylor will call off the wedding in light of what Thomas has done. After all, Ridge left Brooke because of that CPS call but she didn’t make it and Ridge has proof. Ridge’s reaction to his news is about to give Taylor more pause. After all, no matter how much he protests, he only left Brooke because he thought she lied about this call.

Taylor was devastated by her son’s actions but she is likely to be equally devastated by Ridge’s reaction. It seems that Ridge may head to Brooke’s to talk to her Will Ridge apologize for his actions now that he knows that Brooke did nothing wrong? Will Ridge ask Brooke to come back to him after he threw her away for another woman without even explaining why?

Steffy is likely to become a huge advocate for her nephew after this. Steffy thought until this point that Thomas was the best person to raise Douglas. However, now that Steffy has seen what Thomas is capable of, Steffy will probably be the first to suggest that Douglas needs to go home to his mother. Perhaps Steffy doesn’t believe Douglas is safe with his father.

Will Steffy insist that Douglas go home to Hope and Liam Spencer (Scott Clifton)? Is Liam a better father figure than Thomas could ever be?