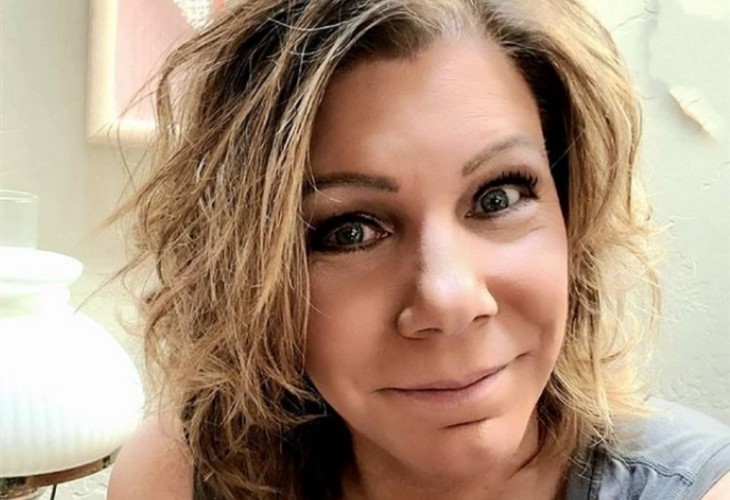 Sister Wives Spoilers suggest that a lot of rumors are going around about Meri Brown and her relationship with Kody Brown. Fans have even suggested that Meri could be attracted to women which is why she puts up with Kody’s unfair treatment. However, Meri simply laughs these rumors off.

Sister Wives Meri’s daughter Mariah Brown came out as gay several years ago. Mariah has been engaged to her long-time partner Audrey Kriss for over three years. Audrey came out as trans at the end of 2021 asking to be called they/them instead of he or she.

Now Audrey looks more masculine sporting facial hair and has a short haircut. Audrey says they were afraid of the hate coming their way if they had come out as trans before. Meri and other Brown family members came out to show their support when the news was released on social media. Meri was catfished by a gay woman the year before Mariah came out as gay.

Sister Wives Meri insists that she had no idea that she was talking to a woman while she was being catfished. Meri has maintained that stance for years. However, Meri doesn’t seem to be bothered by the rumors of being gay either. After all, Meri has no reason to worry about these rumors, her sexuality has been proven for years in her eyes. Meri doesn’t have anyone that she has to answer to when it comes to her sexual preferences. Kody Brown has already said he had no desire to have an intimate relationship with Meri again. Does Meri’s sexuality matter when her husband doesn’t want to be intimate anyway?

Sister Wives star Meri brought up the subject of these rumors and even cracked a joke about them on their Friday with Friends Podcast. Meri joked with Jenn Sullivan about sometimes being “in the closet.” Meri and Jenn just laughed and shrugged off the joke.

As for Meri’s fans, most of them would be thrilled to see her in a relationship with anyone but Kody. After all, Meri revealed they hadn’t been intimate in about a decade, which would be around the time that Meri wanted to try invitro and Kody refused. Kody has obviously had more important things to worry about because Robin Brown has been his priority for years.

Sister Wives fans believe the best thing for Meri would be to follow in Christine Brown’s footsteps and walk away from Kody and the mess that their lives have become. Will Meri leave Kody? Only time will tell. However, staying in a loveless marriage doesn’t seem to be the place where anyone belongs.