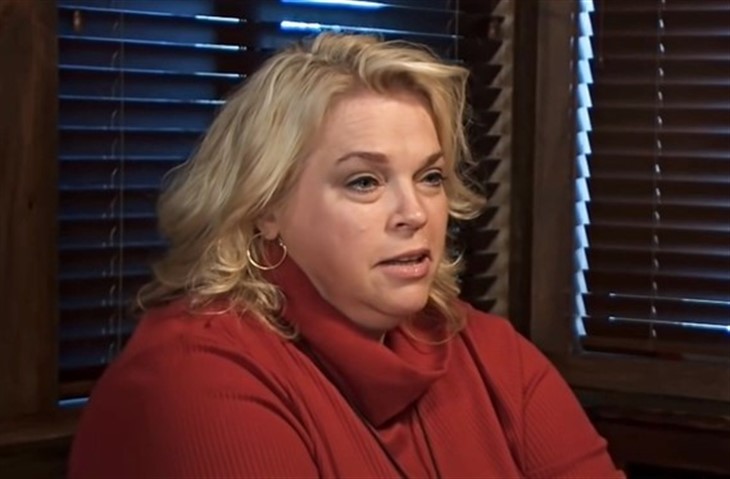 Sister Wives spoilers reveal that fans are now concerned about Janelle Brown’s step brother. Who is it? It’s none other than her husband, Kody Brown. When Janelle’s mother, Sheryl Brown, died just before Christmas, fans were shocked to know that she was also part of Kody’s family. Sheryl is his dad’s wife! This makes Janelle and Kody step-siblings.

Christmas was very hard on Janelle and her family. With the death of her mother, things just went downhill. On the last episode of Sister Wives, Janelle told her fans, “So, my mom passed away last night. We’re back at her house in Wyoming. And it’s just weird that she’s not coming back through the door ever. I am sort of stunned, and I’m sort of at a loss.”

Janelle’s mother was diagnosed with cancer and her health started to decline very quickly. Janelle knew that she wasn’t doing well and so she rushed to Wyoming to be with her through the last few hours of her life. She was devastated by her loss and things have been really hard on her since.

When the episode aired, this is when most viewers learned that Kody’s father was married to Sheryl. She was his second wife and they were married right before Kody married Janelle. His father, Willian Winn Brown was also a polygamist, so this is something that Kody is very famliar with since he was a child.

Kody explained it as, “And so it’s weird that Sheryl is both my dad’s wife, my mom’s sister wife, and my mother-in-law.” Fans were shocked to see that Kody went to the funeral even though he was terrified of being exposed to COVID-19. Fans also stood up for the couple being married since they technically didn’t grow up together, so it’s not as if they were really siblings throughout their lives. Kody’s father just happened to marry Janelle’s mother.