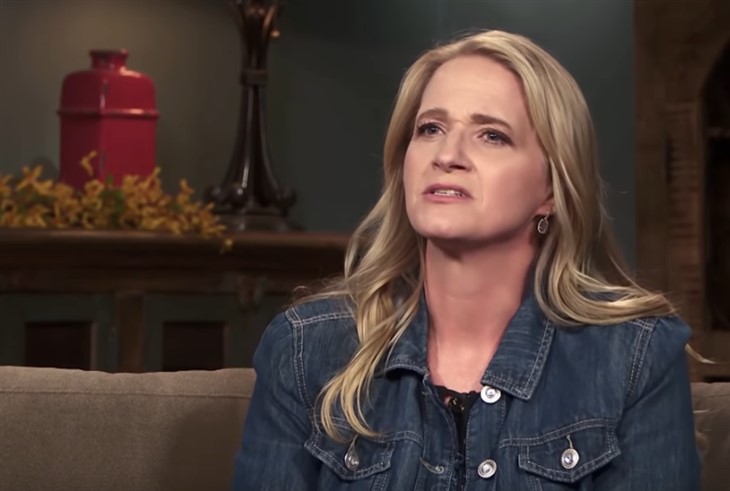 Sister Wives spoilers tease that Christine Brown will become more open about her feelings toward Kody Brown. And that means Christine could finally reveal whether she regrets announcing her split. But did Kody’s estranged wife just give away her feelings on social media, ruining future episodes?!

Find out what insiders say about Christine’s REAL feelings below. And catch up with what the Sister Wives star recently revealed on social media as well. We’ve got what you need to know about the latest in the plural marriage-focused reality TV show, Sister Wives, here!

Christine Brown reportedly held back from revealing her true feelings about husband Kody Brown for years. But since going public with her split decision, the 49-year-old has turned her life into a tell-all! For instance, Christine confessed that she felt “nervous” before publicizing her exit from her polygamous marriage, per OK magazine. And the Sister Wives star listed several reasons for that stressful emotion.

First, Christine worried that she would experience a backlash from the reality TV show’s fans. Would her decision to give up on Kody and her plural marriage anger Sister Wives viewers? Second, the 49-year-old feared that she would find herself without a direction. Could she live her own life without turning to Kody and her Sister Wives Robyn, Janelle, and Meri for backup? Those unanswered questions caused Christine to fear the worst.

But now, in the wake of receiving support from fans, Christine has found her inner strength. And her move to live less than half an hour from her daughter Mykelti, 25, means cherishing her life as a grandma! In a recent Instagram story, the Sister Wives star shared the rewards of becoming so much closer to her daughter.

Christine Brown feels so excited about becoming the grandparent to her granddaughter, Avalon Asa, reported People. And with support of her daughter Mykelti Brown Padron and her husband, Antonio “Tony” Padron, life as an “Oma” feels “wonderful, shared the 49-year-old. “It’s so rewarding watching your children become incredibly amazing parents and then getting this wonderful bundle of love along with it!”

Counting her blessings, Christine also shared that she has learned to give herself small gifts since her split from Kody Brown. “Sometimes, it’s the simple things in life, like reading an actual book,” shared the Sister Wives star. “Not my kindle app, an actual book. [It] reminds me how to take time for myself and reset for the day!”

Tell us what you think. Do you sympathize with Christine for feeling nervous before she shared her split from Kody? And after you’ve shared your views, check back on our site for more Sister Wives news and spoilers!

GH Spoilers Wednesday, February 2: Does Sonny Have Carly Right Where He Wants Her?