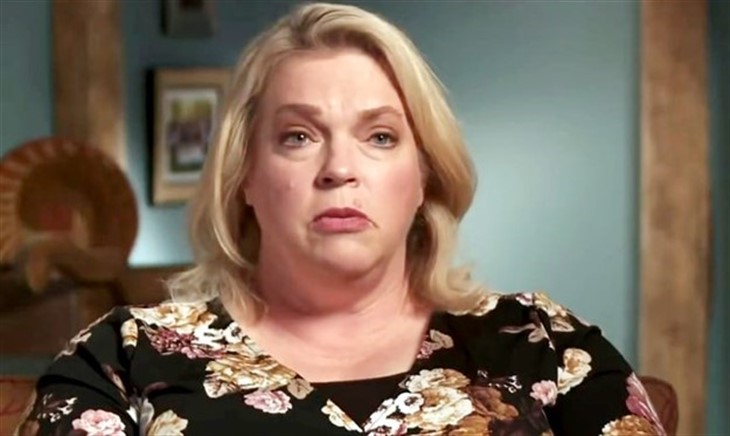 Janelle joined the Brown family in 1993 and she is wife number two. Ever since Christine left the marriage, Kody has been very unsure of where Janelle’s heart is at this point. Kody has been begging her to be closer to him like they used to be, but he has told her time and time again that he has no love for her and he just feels as if they are like best friends. During one of their most recent chats, Kody tells the cameras, “I don’t really see it as much that she’s independent as that she’s aloof. She kind of does her thing, I kind of do mine.” Then Janelle tells the cameras, “I guess for years and years I’ve made decisions for myself. You cannot depend on your husband to meet all of your needs.”

She loves to be independent and she enjoys doing her own thing. She has been traveling a lot with Christine and they have been seeing the world together since she left Kody. This has made Kody nervous about Janelle’s devotion to him though. He is feeling pretty insecure about where they stand at this point.

When Janelle chats with Kody, she tells him, “I don’t know how it got started, but I’ve enjoyed being independent. I feel like somehow, maybe we lost something in the relationship.” He tells her that he agrees completely. He then brings up the fact that he feels like she doesn’t respect him and that he doesn’t like when she compares her marriage to the others, but then he tells her that he would like their marriage to be as strong as his with Robyn Brown. He continues to send mixed signals to Janelle and her fans feel like she isn’t going to take it much longer.

Once Janelle hears this about Robyn, she tells the cameras, “All I’m hearing is, ‘Robyn is perfect, Robyn is great, Robyn treats me the way I’m supposed to be treated. You need to all of a sudden be this way. We have a small team. Everybody’s gotta conform and then we’re good.’ No, that’s not what I signed up for.” The tension is high and this episode has led many fans to believe that Janelle may call it quits too.