Did Janelle Brown Lie About Her Weight Loss 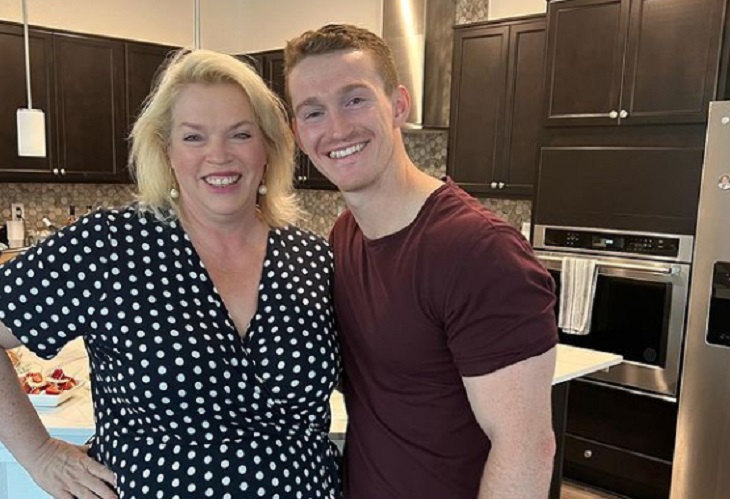 Sister Wives spoilers and updates tease that fans reacted to Janelle Brown’s weight loss claims. They called her out for posting what they believe are fake before and after photos of her losing extra pounds.

Janelle took to Instagram to share her weight loss journey. She said that he managed to lose unwanted pounds thanks to a product called. Plexus, which she described as magical and the best product.

Janelle pointed out that consistency and patience are required for the product to be effective because it doesn’t yield instant results. She also lauded the product for not only being effective for weight loss but also for the improvement of one’s general well-being.

“Everyone’s weight loss journey looks different. I am always hesitant to share publicly any progress I make because, lets be real, anything I share there are always 10,000 ppl who want to judge me,” Janelle shared.

“But in the past year, not only have I increased my strength (almost have a 200 lb barbell squat accomplished you guys!) but in my own unique way, I have lost lbs and inches. Plexus was the magic I wish I had years and years ago. I never thought I could feel as good as I did at 18 and finally feel like I’m on my way to my ultimate health goals,” she continued.

Fans React To Janelle’s Before and After Photos

Fans were skeptical when they saw Janelle’s before and after photos. They believe that she’s lying about her weight loss. They think that she faked the pictures to make it look like she had lost weight. One fan noted that there were no visible differences in the pictures she shared. Others pointed out that she was closer to the camera in one picture than the other, making it look like there was a weight difference.

Many of the viewers were disappointed that she had to lie to promote a product that she wasn’t sure would work. A few of them don’t think that she tried the product herself.

On a lighter note, Janelle was happy to share on Instagram that her son Logan had moved to his new home. She shared a photo of her, Logan, Michelle, his wife, and Savannah, their daughter. In her post, she congratulated them for this milestone and said that their new home was “amazing.”