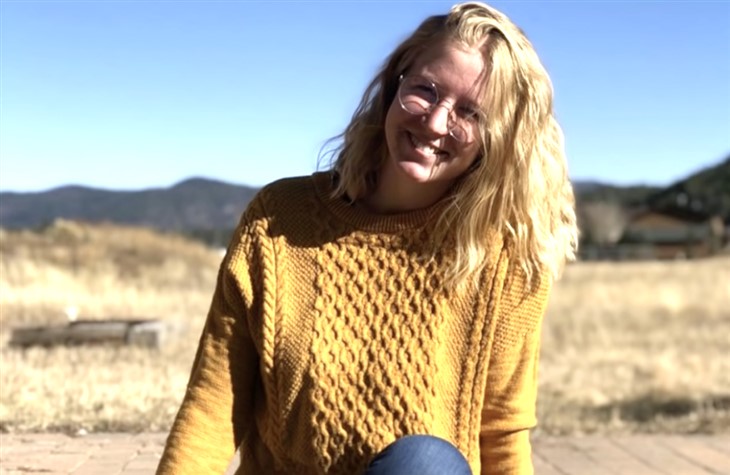 Sister Wives spoilers, news, and updates tease that Gwendlyn Brown shared a photo of herself with the love of her life on social media.

Gwendlyn Brown is Christine’s daughter she shared with Kody, and she’s the 11th child out of 18 in her polygamous family. The usually calm daughter has previously shared her thoughts regarding her father and mocked him publicly because of the way he treated his family, especially her mother. When Christine and Kody called it quits, the matriarch posted a statement on Instagram saying that both she and her estranged husband will make sure to take care of their children and still look after their welfare amidst their divorce.

A year ago, Gwen opened up about her sexual orientation and received a lot of negative feedback, including from her family members. However, despite the little support she got online and from her family, she remained true to herself and now working on having a successful relationship.

Gwendlyn Brown – Smiles With Her Girlfriend

In her recent post on social media, Gwen shared her happiness as she posted photos of herself with her girlfriend, smiling in their living room, and looking straight into each other’s eyes. Gwenn wore a black shirt paired with a mustard skirt while her lover, who is known as Beatriz Queiroz or Noel, rocked an all-black outfit. She captioned the post with a yellow heart and bee emojis.

Fans took their excitement in the comment section, congratulating the new couple and wishing them well. One fan commented, “Happiness looks good on you, kid.” An Instagram user wrote, “Awww, she really loves you. You can tell by the way she looks at you.” Another one chimed in, “I love this. I’m really happy for you both.”

In other news, fans were worried as Gwendlyn posted about taking her cold medication and antidepressants all at once. She shared a mirror selfie, dressed in a t-shirt, jeans, and messy bun, with a caption: “I ate 3 bowls of cereal this morning to combat my cold, and obviously that didn’t work, so I’m going to take all my cold and flu medication along with my antidepressants and I’ll let you know how it goes.” 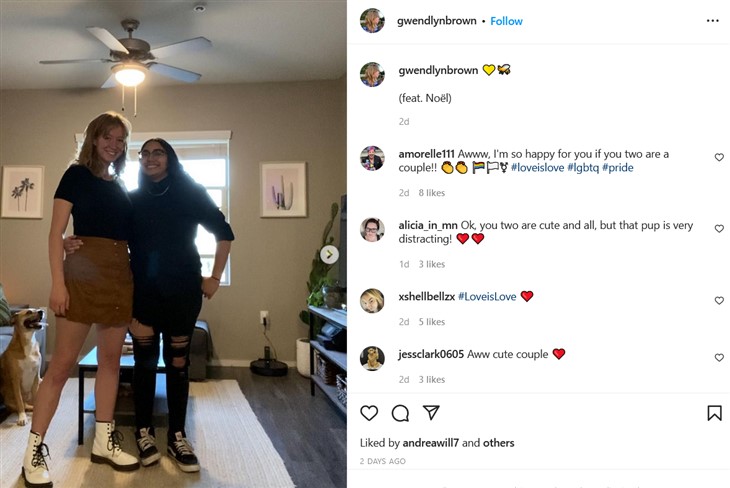 The worried fans took their thoughts to Reddit and most of them were saying that the post was just one of those Gen Z humor. One fan commented, “I have kids her age. This is very on target for their humor. I’ve had to get used to it. LOL.” Some fans also blamed Kody for not looking out for his children and they are now suffering from his irresponsible actions.