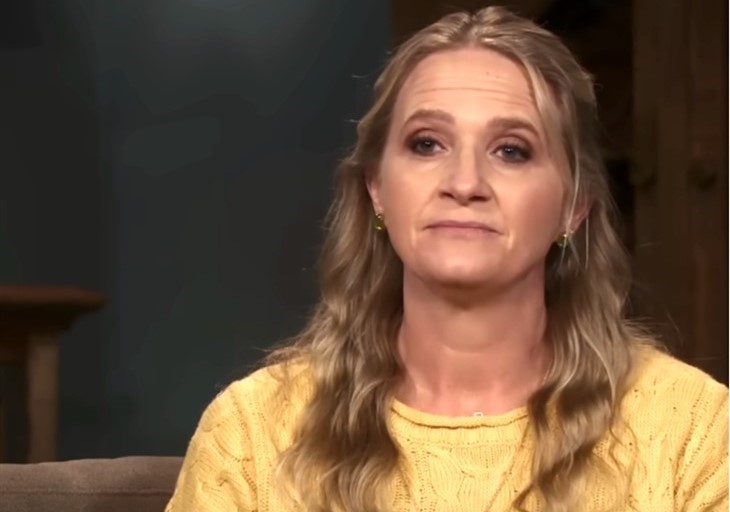 Sister Wives spoilers, news, and updates tease that Christine Brown wants everyone to know that Kody has a favorite wife and it’s no other than Robyn. She also revealed Kody only married her because he felt pressured.

Christine and Kody never had a close relationship. There may have been times in the past when the latter cared for her. But over time, their bond eventually deteriorated. The latest episode showed Christine telling all the viewers that Kody has a favorite wife and that’s the reason why there’s so much tension within the family.

Christine felt that she’s been a third wheel in the relationship. But it seems that Christine has accepted that already and there’s no turning back in their relationship. Not to mention, Kody already admitted that he’s no longer attracted to Christine, which means that’s the final nail in the coffin.

Kody also broke his silence and dropped some major bombshells. He said that he felt pressured to marry Christine, his third wife. He tried to explain that he didn’t know better at that time and that he only married her out of obligation. Christine felt “sad” to learn that Kody only married her because he had no choice.

How Did Kody and Christine Tell The Others About Their Split?

Spoilers for Sunday’s episode hint that Kody and Christine had to find a way to tell the other sister wives about their split. Christine was very clear that she doesn’t want to have that conversation but she also doesn’t want to burn bridges after all these dramas. She already knows that it’s going to be a very hard conversation to have.

Christine also insisted that Kody should be there when she tells the other three women about their separation. She knows that they will be upset but she pointed out that it’s a decision she needs to make for herself.

“I know that they’re going to be frustrated and mad and hurt and feel betrayed and [wonder], What does that mean to be a sister wife then? Am I still a sister wife?’ And the answer is no,” she said.

“I can’t be their sister wife anymore. I can be their friend,” Christine added.

The Bold And The Beautiful Spoilers: Sean Kanan Dishes On His New ‘Cobra Kai’ Role