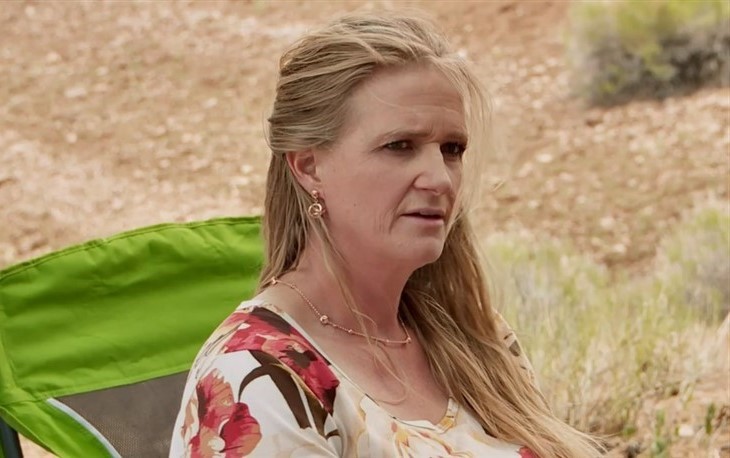 Sister Wives spoilers reveal that in the season 17 premiere that aired Sunday, Christine Brown described how her husband Kody Brown refused to help put her kids to bed when she was pregnant. Read on and we’ll give you the low down.

Sister Wives – Christine Brown Explains When It All Began to ‘Disintegrate’

Sister Wives spoilers reveal that, according to Christine, her marriage to the Brown patriarch began to “disintegrate” 13 years ago, reports Insider. Fans may recall that, in 2009, when Christine was pregnant with Truly, filming of the first season of Sister Wives was underway.

“I still had to produce some sort of income, so I was working at night and Aspyn, in fifth grade, was tucking the kids in bed at night,” the Sister Wives veteran explained in a one-on-one interview on Sunday’s episode. She said that her daughter, who was then 10 years old, was “running the house.”

She went on to say that she had asked Kody for help “and he goes, ‘I can’t do that, I’m in other houses.’” At that time, the Brown family didn’t live in “other houses” but lived in one large home with apartments attached.

At that time, Christine was pregnant with Truly and already had Aspen and four other children, Paedon, Mykelti, Gwendlyn, and Ysabel.

Sister Wives – This is Why It’s Over

In his own one-on-one, Kody protested that the incident that Christine described “never happened.” He said, “She wasn’t wanting a fairness with the other wives, she was wanting more,” adding that she was “asking for stuff” that the Brown patriarch couldn’t give her because, he said, “I had other wives and other children to be tending to as well.”

Christine and Kody announced they were splitting up, on Instagram, back in November 2021 after being “spiritually” betrothed for 25 years. The premiere of Sister Wives Season 17, titled “It’s Over,” seemed to be mostly dedicated to that initial conversation the former couple had about calling it quits.

While they were talking, Christine drew attention to Kody’s absence from her household, even before he implemented his strict COVID-19 rules that ultimately prevented him from spending time there.

In her interview, Christine told cameras “Let’s just say we’ve lived here for 800 days,” referring to the Flagstaff, Arizona property where the family had lived since 2018. She explained, “He went hiking with us once.

“He’s been kayaking with us twice, one time he didn’t even get in the water. That’s three times he’s gone with us. Three out of 800.”

In his own solo interview, Kody clapped back at Christine’s accusation, saying, “I don’t have time to play like she has time to play. I’ve got a lot of work to do and a lot of responsibilities.”

The father of 18 added, “It’s like what are you doing all day? It’s certainly not cooking and cleaning because then…” before throwing in the proverbial towel, saying, “Listen, there’s nothing to say here.”

B&B Spoilers: Ridge Walks In On Bill And Brooke

B&B Spoilers: Will Sheila Use The Custody Battle To Her Advantage?