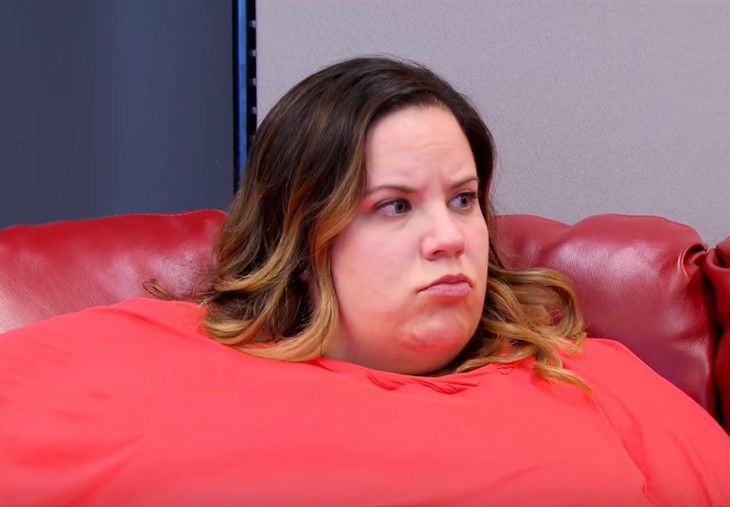 My Big Fat Fabulous Life (MBFFL) spoilers revealed that Whitney Way Thore‘s mom, Babs suffered another stroke. Well, Season 10 goes into that in some detail. So, TLC fans love it that Glen’s wife seems to be on the mend. Bear in mind, that they saw a lot about Whitney’s parents in the show already. And, many fans adore Babs. Now, Whitney revealed that they shifted her mom out of rehab.

When the news that Babs left rehab arrived, some TLC fans thought that she returned home. However, that’s not the case. Instead, Whitney Way Thore explained in a different post about their living arrangements. Instead of returning to her old home, the family went to Babs. Actually, she moved to “Abbotswood,” an assisted living center in Greensboro. There, Whitney and Glen live in an apartment and her mom gets to see their various pets.

My Big Fat Fabulous Life fans often troll on Whitney, but they never troll on her parents. Actually, since fans heard about Babs having a second stroke, they send in millions of messages of support. In fact, it seems that for once, the show is not all about Whitney hunting down a man to marry her. Any good news about Babs is very happily received as so many people love and adore her.

On September 8, Whitney took to her Instagram and shared a video of her mom leaving the Cone Health rehab facility. In her caption, she explained, “I’ll never forget this day! After exactly 60 days in the hospital, Mom was finally discharged.” So, when the TV star visited that day, she made sure to help her mom with her makeup.

The My Big Fat Fabulous Life star added that with some help.l they got her “over to Abbotsworld.” Extremely grateful, Whitney said, “We want to thank her wonderful nurses and therapists at @conehealth hospital rehab — you made all of this possible for her!”

My Big Fat Fabulous Life – Fans React In The Comments

My Big Fat Fabulous Life fans took to the comments because they really love Babs. One of them said to Whitney Way Thore, “This makes me so happy to see that she has progressed to this point. ❤️❤️❤️.”

Another happy TLC fan wrote, “I love how you love her. It’s the sweetest thing ever! So happy to see her signature red lip again. Beautiful🥰.”

This comment also reveals how much fans adore Whitney’s mom: “❤️❤️ I just love Babs and your family. She is a real warrior to have come so far. Look at that beautiful smile! You go girl!!”

Be sure to catch up on everything happening with the TLC cast right now. Come here often for more My Big Fat Fabulous Life spoilers, news, and updates.

Joe, The Dad Of Gabby Petito Warns Of Scam By Fake Account