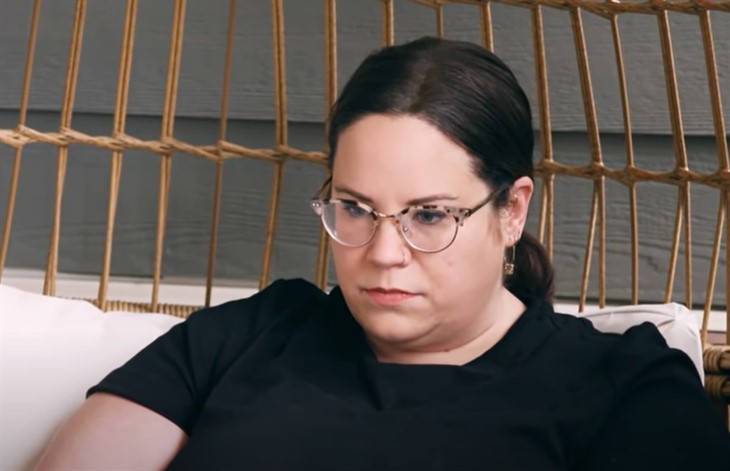 My Big Fat Fabulous Life spoilers for season 10 tease that Whitney Way Thore will finally reveal her French boyfriend. Whitney had gotten so insistent on hiding the French man’s identity that some viewers even doubted his existence! As a result of that possibility, viewers feel enthusiasm about the next season.

Find out why fans are so eager to learn more about Whitney’s French boyfriend. And see what else the My Big Fat Fabulous Life star has revealed about this supposedly anonymous man. Get the latest news about Whitney Way Thore below.

Show us the money, er, umm, French man! That’s the demand from fans. For instance, Reddit My Big Fat Fabulous Life followers united with enthusiasm for a post about season 10.

“I can’t wait for season 10 because I want to see Whitney and the French man,” wrote the fan. “We all know the French dude isn’t interested with her,” admitted the viewer. “But that is why I am excited to watch season 10 lol. I wanna see how things turned out between the two of them.”

And others agreed while raising questions. For example, one pointed out that Whitney said her French boyfriend did not want to appear in front of the cameras. “If he were really the ‘love of her life’ and he didn’t want to film, wouldn’t she quit the show to be with him?” asked the fan.

And another offered two theories. First, the follower suspected that the show might involve a script that Whitney and her friends follow.  And second, the viewer thought the French man agreed to appear as Whitney’s boyfriend as long as he didn’t have to get filmed. “Either this sh*t is scripted or he really isn’t into her and just went along with it. Poor TLC team having to blur his face all the time though 😂,” noted the follower.

However, the star of My Big Fat Fabulous Life has denied all those rumors about faking her French boyfriend, reported People. And Whitney claims even the pandemic didn’t hurt her long-distance romance. As a result, the two have kept their bond strong for months.

However, fans have taken advantage of Whitney’s Instagram Live sessions to try to get her to reveal more details. For instance, one follower wanted to know if the star of My Big Fat Fabulous Life has held onto her relationship with her French boyfriend. The two met while she sought tutoring in an online language program.

And Whitney stayed firm in insisting that the romance remains real. “Correct!” she snapped back to questions about the relationship. However, Thore continues to hide his name and his face. And even her friends have enabled that desire to hide her French boyfriend’s identity.

As for why Whitney and her pals repeatedly call her boyfriend “the Frenchman,” Thore defended her decision. Viewers of My Big Fat Fabulous Life slammed her ex-fiancé Chase Severino following their dramatic breakup. And looking ahead, Whitney doesn’t want a similar fate to ruin her relationship with her French boyfriend.

Tell us what you think. Do you predict that season 10 of My Big Fat Fabulous Life will reveal more about Whitney Way Thore’s French boyfriend? And after you share your views, check back on our site for more reality TV news.

How Old Is Doug On Days Of Our Lives?