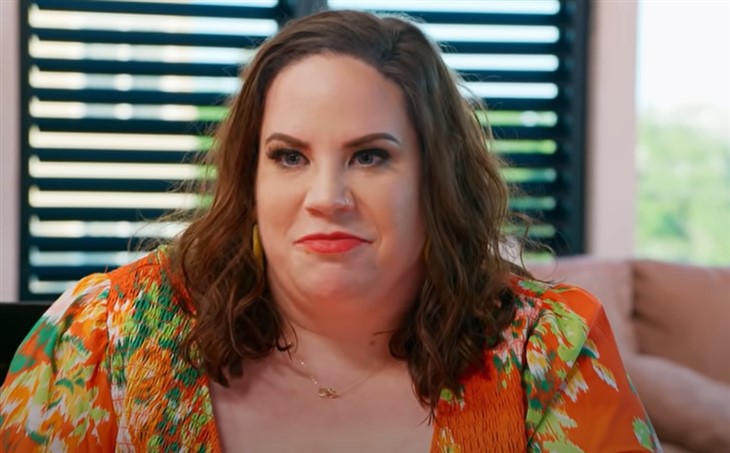 My Big Fat Fabulous Life spoilers hint that Whitney Way Thore may find herself heading to the fate of always a bridesmaid, never a bride! And fans might get to watch Whitney on that path in the next season of My Big Fat Fabulous Life. But Thore tried to look happy rather than sad at the wedding, based on photos and videos from the ceremony.

Find out all about Whitney’s recent appearance as a bridesmaid at the wedding of her friend Jessica Powell. And see what the videos revealed. Plus: Learn what My Big Fat Fabulous Life fans spied that revealed TLC filming the wedding!

Whitney Way Thore and Jessica Powell’s friendship has played out on My Big Fat Fabulous Life. And the two even turned their bond into a business, with Jessica becoming Whitney’s partner in her company, No BS Active. As a result, Powell knew who to call when she needed a bridesmaid for her wedding.

The cameras caught Whitney joining Jessica for a fabulous ceremony. And the My Big Fat Fabulous Life star even got filmed showing off her dance skills on the floor. Whitney’s father Glenn and mother Babs also participated in Jessica’s wedding.

When Powell viewed the video, she shared her thanks on social media. “I don’t know how you did this but I can’t stop crying RN,” she wrote. As to whether fans of My Big Fat Fabulous Life can see Whitney in her bridesmaid outfit? Yes! Sharp-eyed followers spied the TLC cameras filming the ceremony in a video clip posted on Reddit.

Some followers thought that Whitney Way Thore might become jealous of her friend Jessica after seeing her BFF tie the knot. And others wondered whether TLC will take viewers behind the scenes of Powell’s wedding day to reveal all of the My Big Fat Fabulous Life star’s emotions. For instance, one fan predicted, “Whitney [is] gonna be even more annoying now cause she’s still single and everyone around her seems to be moving on with life.”

And others thought that season 10 of My Big Fat Fabulous Life might even devote time to showing the pre-ceremony events along with Jessica’s wedding. “I had a feeling this was gonna be for season 10 with [Whitney] as a bridesmaid. Good for Jessica! I’m sure TLC covered a good portion of the cost!” chimed in another fan.

But some thought that Thore herself should pay for some of the ceremony. “Whitney should pay the whole thing-they’ve earned it! Jess, her dad, and Isaiah have had to shove her a*s up waterfalls, over rocks, through trails, did multiple rescue missions! Not to mention how unreliable Whit is with all their joint ventures,” slammed another viewer.

Tell us what you think. How do you predict Whitney Way Thore will react on My Big Fat Fabulous Life to seeing her BFF get married? And after you share your views, check back on our site for more reality TV news.