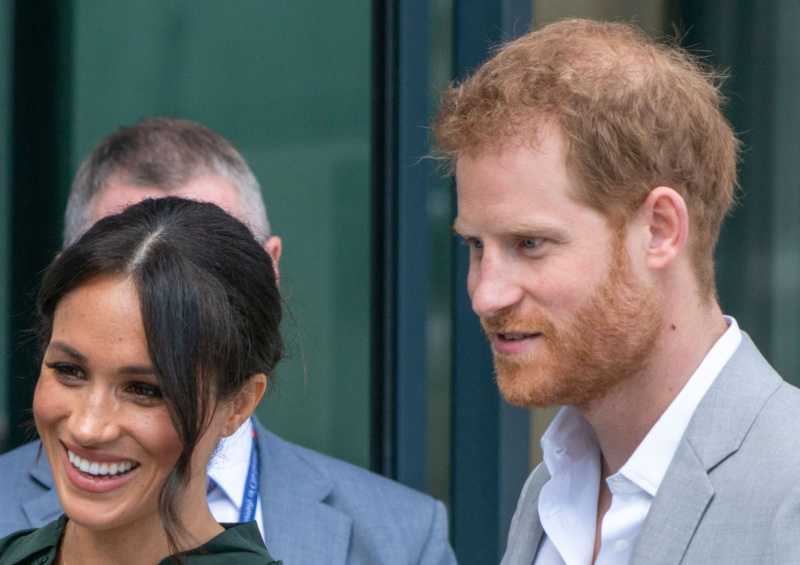 Meghan Markle and Prince Harry just shared the trailer for their highly anticipated Netflix series. But the timing allegedly represents the Duke and Duchess of Sussex’s plot to disrupt Kate Middleton and Prince William’s trip to Boston. And insiders claim that Meghan and Harry carefully orchestrated the trailer drop to steal back the spotlight.

Find out what insiders revealed about why the Duke and Duchess of Sussex wanted to overcome the attention to Kate and William. And learn what else Harry and Meghan did. Get all the details below.

Prince Harry and Meghan Markle allegedly feel determined to stay in the spotlight. But Kate Middleton and Prince William’s visit to the U.S. offered the potential to overshadow the Duke and Duchess of Sussex. As a result, Harry and Meghan allegedly created a “coordinated campaign” to keep the attention on them, insiders told Page Six.

By dropping the teaser for their Netflix series amid Kate’s and William’s Boston visit, Meghan and Harry hoped to attract attention. And the highly anticipated series looks to parallel other celebrity reality TV shows like the Kardashians. For instance, it shows Markle crying and narrating her own story. “When the stakes are this high, doesn’t it make more sense to hear our story from us?” asks Meghan.

And Meghan’s friend, journalist Omid Scobie, even hinted at an orchestrated plot. Because William’s visit to give out a prize earned comparisons to the Super Bowl, Scobie tweeted, “If tomorrow is Prince William’s Super Bowl, then here’s your Halftime Show.” And he dropped the trailer in his tweet.

Meghan Markle And Prince Harry ‘Overplayed’ PR For Themselves?

A palace source revealed their theory. And that insider claimed Meghan and Hary want to “disrupt and clash” with Kate and William U.S. visit. But royal family expert Hugo Vickers offered another viewpoint. And Vickers commented, “Surprise, surprise, how very boring of Harry and Meghan. But this sort of thing is inevitable. It does sound a bit pretentious what they have produced.”

The trailer for Harry & Meghan makes one question about the series clear: Forget about the royal family. Because the spotlight shines only on the Duke and Duchess of Sussex. For instance, a single photo reveals William, Kate, King Charles and Queen Consort Camilla at the March 2019 Commonwealth Day service. And Harry and Meghan got pushed to the row behind them.

However, another palace insider offered a warning to Meghan and Harry. “If the Sussexes are worried they’ll look diminished and less credible in comparison to the Prince and Princess of Wales’ first overseas tour in this new era, they’ve overplayed their hand.” And the source pointed out that the Duchess and Duke of Sussex orchestrated “a string of PR announcements designed to clash” with Kate’s and William’s visit.

In addition to the trailer drop, Harry unveiled a promo video about the 2023 Invictus Games. And it shows the Duke of Sussex challenging the Duchess of Sussex to table tennis. Harry posted that promo just before William and Kate arrived in Boston.

And insiders spilled that Meghan and Harry had requested the release date for their trailer, adding to the rumors about their desire to take away William’s and Kate’s spotlight. But a royal source noted the contradictions in Harry’s and Meghan’s statements versus their Netflix series. Because though the couple claims to feel obsessed about privacy, the trailer features “intimate images, moments and places.”

And the insider pointed out, “It’s hard not to make a Kardashian comparison with the Hollywood vibe.” The Netflix series will also offer commentary from their family and friends. As a result, palace sources fret over what all these people could reveal. And some asked when Meghan and Harry will feel finished with exposing their lives.

Tell us what you think. Do you believe those who feel that Meghan Markle and Prince Harry set out to steal back the spotlight from Kate Middleton and Prince William’s trip to Boston? And after you share your views, check back on our site for more royal family news.