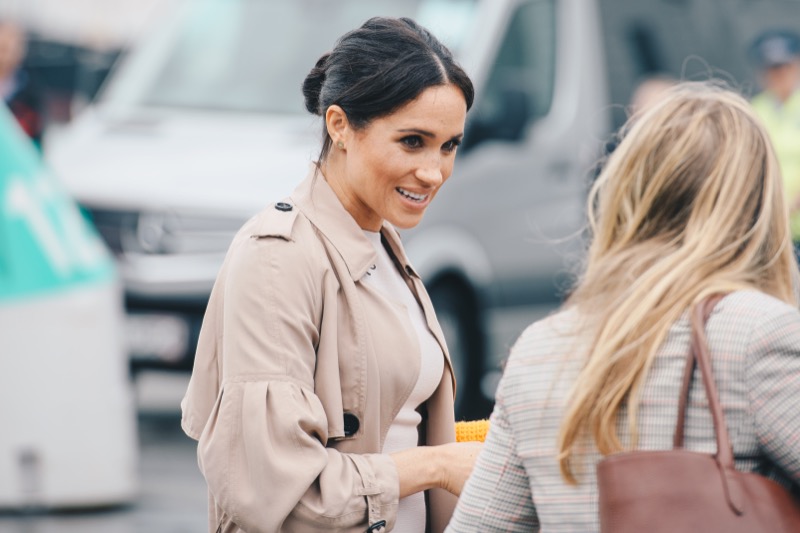 Since exiting the Royal Family as a senior working member, Meghan has tried her hand at many things. She’s published her first children’s book, she’s produced audio content for Spotify, she’s done several podcast and talkshows, she’s reportedly looking forward to reopening her lifestyle blog The Tig, and she’s still shopping for a network that will produce her first animated series “Pearl”.

While some of her projects have been cancelled or unfinished, like the Spotify podcasts and the animated series, she’s reportedly looking forward to incorporating her talents and venturing into broader fields in the coming days.

To be honest, the 41-year-old Duchess has been leaning towards politics since she exited the Royal Family and moved to America with her family. Her involvement with politics and political figures recently sparked speculations that she could be looking forward to a political future, but royal commentator Perez Hilton is disagreeing with the notion.

Instead, columnist Perez Hilton argued that it’s more likely for Meghan Markle to return to acting than move into politics.

Hilton opined on Meghan’s future during an episode of Ms Schofield’s To Di For Daily podcast last month, saying that it’s unlikely the Duchess of Sussex is looking forward to becoming a political figure.

Hilton explained that the pair’s brand depends solely on their relationship with the Royal Family, and if Charles were to cut that connection off, they wouldn’t be able to monetize and boost their brand as the Duke and Duchess of Sussex.

Hilton continued: “And after the Queen dies, that might be a moment of reckoning. Who knows how the monarchy will change?”

Hilton also shared his thoughts on Prince Harry and his children’s future, saying: “Harry has no family here, in Montecito. He has no life-long friends in Montecito. He has new friends: he hobnobs with David Foster, Katy Perry and Orlando Bloom, and with Ellen I’m sure, and with Oprah down the street. But he’s in the honeymoon phase of moving, and that is all fun now.”

Hilton went on: “His children are still very young, but I would think that eventually there might come a time when he would want his children to have a meaningful relationship with his family.”