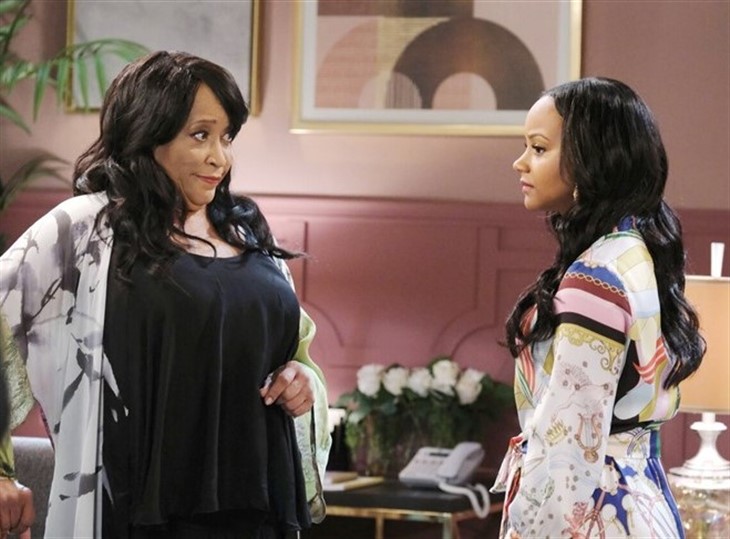 Days of our Lives (DOOL) spoilers tease that Johnny DiMera (Carson Boatman) will embrace his family heritage by not taking no for an answer when Chanel Dupree (Raven Bowens) picks his twin from another father Allie Horton (Linsey Arnold) over him.

Before we go there, did you hear the one about NBC taking DOOL off of network (free) tv and putting it on their streaming service, Peacock? It’s not a joke, it’s a dirty trick in the minds of many, many fans who can’t understand why they will be forced to pay about five bucks a month to watch the soap that has aired during the day since 1965. We’re talking GENERATIONS of fans who have watched the show faithfully.

Until then, when the show becomes something that fans will have to pay for in September, there will be some shenanigans available to watch for free involving Johnny and Chanel’s mom Paulina Price (Jackee Harry).

Johnny DiMera was crushed when Chanel picked Allie over him. Paulina later told Johnny straight out that she would prefer Chanel to be with him over Allie. That was after she tried to help Chanel make up her mind about which twin to pick by asking her, “which do you prefer, vagina or penis?”

Johnny is a savvy young man and he thinks he can get Chanel to dump his twin sister with Paulina’s help.

Next week, Johnny is given Paulina Price’s seal of approval and these two launch a scheme. In so doing, Johnny will make his kinfolk, like his father EJ DiMera (Dan Feuerriegel) proud.

What will Johnny do to win back Chanel? He seems like a man on a mission and explosive show spoilers tease that he will go all in on winning back the love of his short life.

But he could also have to contend with a competitor other than his sister. Will playboy Alex Kiriakis (Robert Scott Wilson) take a liking to Chanel Dupree? Oui, oui.

Next week the drama unfolds as Johnny sets his sights on winning back Chanel, while also discovering that there is a fourth wheel in the equation. Be sure to tune in DOOL fans, the summer is about to get wicked hot!