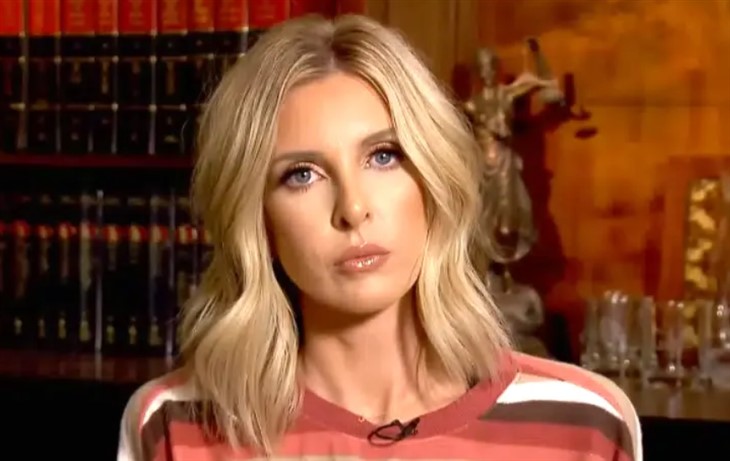 Lindsie Chrisley hit the news because of her dad, the patriarch of Chrisley Knows Best. After claiming that her dad extorted her and she needed the FBI to help with a restraining order, she changed her tune during Julie and Todd’s tax trial in Atlanta. So, some folks accused her of fakery. However, this week, when she admitted to fakery, it had nothing to do with that. So, how was she killing it and what did she do that was fake? Read on to find out.

On June 22, the news came that Todd’s oldest daughter clashes with Katie Joy of Without A Crystal Ball. Recall, that the blogger and Todd ping-pong lawsuits and counterclaims. And, LIndsie sits square in the middle of it. That ties to the fact that Katie claimed that his daughter gave her info which she refused to divulge. With the looming sentencing for Todd and Julie, the bitterness over the feud didn’t soften the blogger’s attitude. So when it sounded like the Coffee Convos podcast would discuss it all. Katie slapped back, suggesting she get a new lawyer.

Before the bust-up, Lindsie Chrisley said that she felt some really bad vibes. Actually, she seems spiritually aware and seems to trust her gut instincts about unknown situations. At the time, she said that she felt bad “energy.” So, she wondered what it all meant. Asking her fans if they also get that sort of thing raised an interesting discussion about intuition. But now she admitted to fakery, perhaps we can take a long shot and pinpoint just where those bads vibes were coming from.

This week, Todd’s daughter took to her Instagram Stories and confessed that her pot plants looked so shattered, that she felt a bit embarrassed to show them. Clearly no green-thumbed gardener, they really were in a sorry state. Actually, she pointed out the obvious, that they lacked water. Advice that she should water them seems to have come too late. So, she described them as “crispy.” Then, she literally completed their sad demise by “[quitting] on them.” If you believe plants can communicate, perhaps they were screaming for help on a subconscious level!

Lindsie Chrisley might go with Brittanica’s explanation that plants don’t feel pain like humans do. However, Life Advance wrote up about researchers and other experts who think they can feel pain and communicate. For example, a CIA polygraph expert found that “by simply thinking about [a plant] being set on fire, he could make it react enough to make the needle on the polygraph move.” More research seemed to indicate that plants communicate as well. So, perhaps those bad vibes really were coming from her plants on death row.

For now, to the presumably collective relief of any nearby plants, it seems that Lindsie Chrisley gave up on trying the real deal. So, she seems happy to admit to fakery. In the same series of Stories, she shared a photo of her new pain-free fake plants. Thinking that she might hang them up, she also noted that if she pots them, they might actually pass for the real thing.

Do you agree that in this instance, fakery is totally okay? After all, it’s got to be better than a botanical crime scene on her porch. Sound off in the comments below.

Be sure to catch up on everything happening with Lindsie right now. Come back here often for more Chrisley Knows Best spoilers, news, and updates.

B&B Spoilers: Everyone’s Mind Is On Taylor And Ridge

Days Of Our Lives Spoilers: EJ And Ava Wed! Plot To Steal Shares