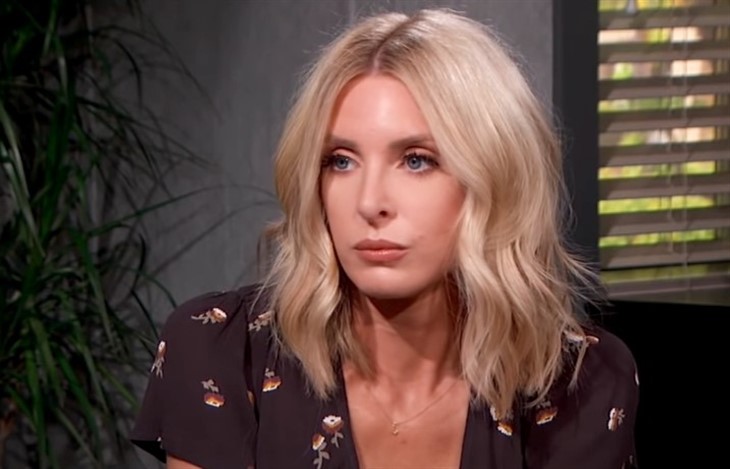 Chrisley Knows Best fans know that Lindsie Chrisley might not be able to see her dad, Todd all that often in the future. After all, he and Julie could possibly end up in federal prison for many years. This month, an Atlanta court found them both guilty and the case involved bank fraud and tax evasion. Obviously, she will have to find a  way to tell her son Jackson which won’t be easy. But on June 14, she seemed more disturbed by something else, as she sensed really bad vibes.,

USA Network fans knew for years, that Todd and his oldest daughter fell out and became estranged. Despite telling the world that she’d “never forgive him” for his actions, she suddenly popped up and sounded very supportive when he awaited his verdict after the tax trial. From what Lindsie said on social media, it seems that she realized life is too short to hold grudges. In fact, she even testified on Todd’s behalf during the trial.

Chrisley Knows Best fans who followed the trial of her dad, know that Lindsie flipped the script when she claimed that she no longer believed in the sex tape. Recall, that she previously accused her dad and Chase of colluding together to extort her. Well, that never helped her dad, who now sits at home under house arrest and other restrictions. So, it’s not a  huge leap to conclude that she feels some bad vibes right now, But, is it about that or something that comes in the future?

Lindsie took to her Instagram Stories and revealed that she feels like something is “off.” Not that she knows what it is, or how it might pan out, she just knows that something bad is in the air. The Coffee Convis podcaster spoke about wanting to “do something” about it, but she’s also not sure if she wants to, even if she knows what it is. So, she asked her fans if they ever get that sort of intuitive feeling or “gut instinct.”.

By confessing that she felt bad “energy,” the Chrisley Knows Best alum raised an interesting question. Gut feelings are usually about something that might happen or is about to happen. So is it the same as anticipating the consequences of an action? Whilst it might be a subconscious worry about her dad, of course, it could be almost anything. It could be a gut feeling that a new pandemic is coming, or that someone she loves gets involved in an accident. But can she trust her intuition?

According to The Conversation, what Chrisley Knows Best alum Lindsie Chrisley experiences is “the result of a lot of processing that happens in the brain.” The article noted, “research suggests that the brain is a large predictive machine, constantly comparing incoming sensory information and current experiences against stored knowledge and memories of previous experiences, and predicting what will come next.”

With everything going on in her life, it shouldn’t be surprising that she experiences feelings of bad vibes around her. Still, if and when something happens, hopefully, she will get back on social media and tell her fans about it.