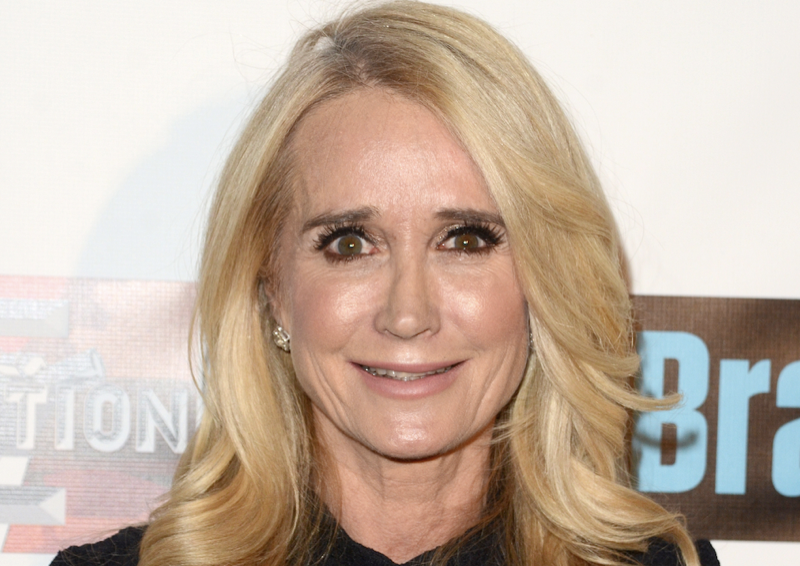 It’s not like this is the first time we’ve witnessed Kim Richards and Brandi Glanville go off and on in their friendship, I mean, even the most perfect of friendships has had its share of problems every once in a while, some dramatic and too easy to let slide, others, too big of a deal to sweep under the carpet but at the end of it all, they always make up, so I guess it’s not always about how long it takes, they just eventually make up.

Anyways, that’s how it has always been for the Real Housewives Of Beverly Hills stars Kim Richards, 57, and her once upon a time bff Brandi Glanville, 49. I used once upon a time because, you know, they’re currently not in the bff zone now, although, Kim has shared her side of the story so hang on while I tell you.
Kim Richards — On Why Her Friendship With Brandi Sailed

Guys, of course, they might make up in no distant time but till then, this ship has sailed. Okay, so on Wednesday, July 20, Kim told E! News that it happened during the Real Housewives of Beverly Hills screening in 2019, at her sister Kyle Richards’ house. At that time, Kim said she had a surgery around her chest which was a very different period for her at that time, although people thought she had breast cancer.

Kim said that while they were filming, she felt she “popped a stitch” and that scared her so bad that she was afraid of checking for fear of it being true so she begged Brandi to check it out for her, only to later see a picture of that moment posted on social media. Kim revealed that at first, she thought it was an accident on Brandi’s part so she felt annoyed and asked for it to be removed but, all her requests for the removal of the photo weren’t granted.

Anyways, the story is not always complete until you’ve heard from both sides right? Well, after Kim’s revelations, the very next day Thursday, July 21, Brandi said that’s not how she remembered the story, in fact, Brandi said she doesn’t recall anything like that ever happening. Taking to her Twitter account, Brandi wrote “I love you @KimRichards11,” Brandi began the tweet. “But your recollection is off please show me that picture that you’re talking about because that never happened. In fact well after that moment in time you did my podcast and when we went into Covid I even drove you to the emergency room. #receipts”
Kim Richards — Some Of Her Issues With Brandi

Like I said before, Kim and Brandi have been going on and off with their friendship. While these two friendships started in the most weird ways, with Kim calling Brandi a “Slut Pig,” the two became bffs after that.

The other issue occurred last year 2021. Brandi said Kim wasn’t speaking with her over a “hut tub fight.” The real gist behind their fight as at then is still a mystery but one thing is certain, if they’ve always made up after all those years, they’ll certainly make up on this one.

Be sure to catch up on everything happening with Kim Richards right now. Come back here often for all the Kim Richards’ spoilers, news, and updates.

Sister Wives Spoilers: Christine Brown Seen Yelling At The Other Wives, But Why?