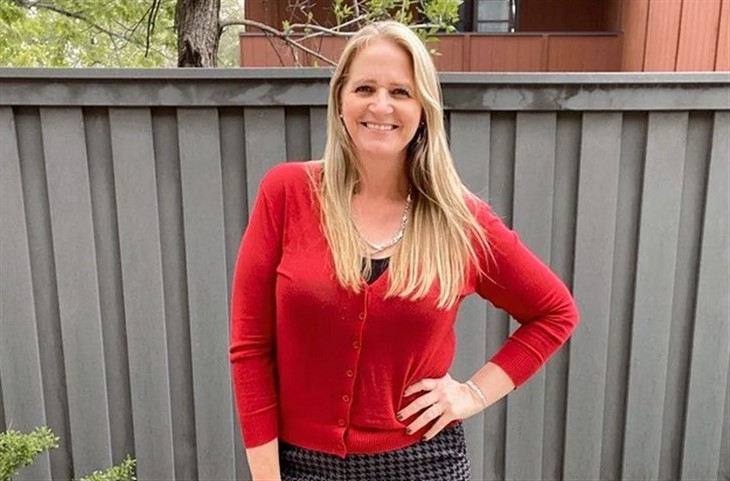 Sister Wives spoilers for Season 17 revealed that Kody and Christine Brown split permanently. Now that she lives in Utah without her ex, TLC fans wonder if she will start dating again. And, whether she chooses polygamous life again when she finds the love of her life. Is she even thinking about that right now? Reads on to find out.

Sister Wives – Star Christine Brown Makes The Most Of Life

When Christine moved to Salt Lake City, it took her closer to most of her family. Whilst it’s thought that Gwendlyn still remains in Flagstaff, she isn’t living with Kody Brown. Meanwhile, she sees her daughter Ysabel during breaks from college and Paedon moved from St George to be closer to his mom. However, Aspyn lives around the corner, and Mykelti is close by in Lehi.

Sister Wives spoilers revealed that Christine said that she intends to embrace the single life. Actually, she wanted to make 2022 the best year. So far, she seems to be doing okay. She does a lot of promos for her various income streams, and that means that she gets to travel a bit to conventions and marketing courses. Sometimes, TLC fans see her out and about with family just enjoying an emotionally pain-free life.

Christine never really dated before, as she went straight into marriage with Kody. So, she might hesitate to even think about it now. However, she told People Magazine that she did give it some thought. However, she’s not in a huge rush, and her youngest kid, Truely even told her not to rush it as they are both in a good place for the time being.

When she and Truely are not just getting out and about for the fun of it, Christine watches TV and knits or does crochet, which might sound boring to Sister Wives fans. However, one day, perhaps she will follow her heart and enjoy a bit of romance. She told the outlet that “I will be a monogamist from here on out.”

Sister Wives fans know that of all of the wives, Christine was the only one who really made her jealousy very clear. Nobody who watches the show seemed to be able to get their heads around the wives sharing a husband. At least, when she does find someone to love, she won’t need to compete for her man’s attention. Additionally, she won’t have to be a nanny to 10 or more other kids.

Are you happy that in time, Christine Brown is open to dating? What are your thoughts about her avoiding polygamy in the future? Sound off in the comments below.

Come back here and stay up to date about everything that’s happening with the TLC cast. Remember to check back with us often for more Sister Wives news, spoilers, and updates.