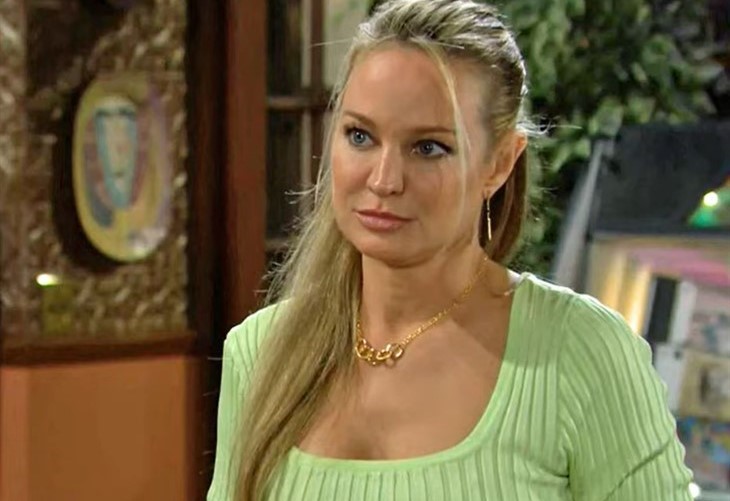 The Young And The Restless Spoilers indicate that fans believe that Sharon Case is engaged. However, there was been no official confirmation of this. Are Sharon and her boyfriend Mark Grossman engaged?

In published reports from last fall, Sharon and Mark were still dating. Sharon and Mark met on the set of The Young and The Restless when he started playing Adam Newman in March 2019. Shortly after starting the job, Mark and Sharon began dating and have been going strong ever since.

However, last spring Sharon posted a picture sporting an engagement ring that got the rumors going that she and Mark were engaged. However, there still has been no announcement to confirm fans’ suspicions. Will fans eventually get an update about an engagement or will the couple be married before any announcement is released? A lot of stars choose to keep their relationship status quiet on these occasions because they want to maintain some level of privacy. However, fans hope they are still together and will tie the knot soon.

The Young And The Restless – Sharon Case’s Early Career

The Young And The Restless Sharon was born on February 9, 1971. Sharon began modeling at 17 and briefly moved to Japan. Sharon had roles in General Hospital and As The World Turns before stepping into the role of Sharon Newman on Y&R. Case only expected to be on the show for six months when she joined but was their given reoccurring status. Cases’ best pairing has been as half of the supercouple Nick Newman (Josh Morrow) and Sharon. Case has not been happy with the writing for her character since 2011 because she feels that her character has been destroyed. Case feels that Sharon has been with too many men and it take away from the romance and strength of the characters. Sharon was much happier with the writing when she and Nick had no one else involved in their marriage.

Y&R Spoilers – Will Adam Newman And Sharon  Case Ever Be Together?

The Young And The Restless’ Sharon has spoken about wanting Sharon Newman and Adam Newman together on the soap before. At one time, there was talk about a sweeps reunion last fall but it was changed and never came to fruition. Adam instead got close to Sally Spectra (Courtney Hope). Adam may be using Sally to keep his mind off of Sharon. However, Adam could be truly interested in Sharon as well. However, Mark and Sharon decided to take a spin on his bike after his Motorcross practice was over. The couple looks blissfully happy, is there a wedding in their future?