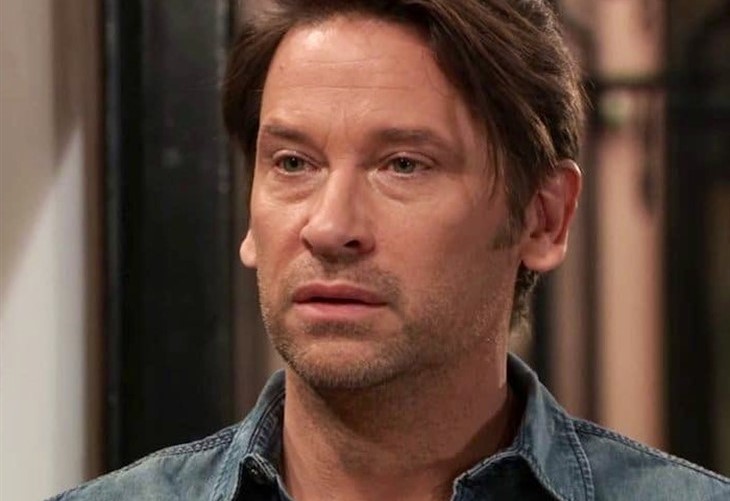 General Hospital spoilers and updates tease that Franco Baldwin may return to the daytime drama. If that happens, his reappearance will make things interesting especially when it comes to Hamilton Finn (Michael Easton) and Elizabeth Baldwin (Rebecca Herbst) relationship.

Fans may recall that Liz is growing more concerned that someone is trying to smear Franco’s legacy. The latter’s name has been dropped several times lately and viewers are starting to wonder if the show plans to bring Franco Baldwin back.

The character was portrayed by Roger Howarth. However, his alter ego was killed off after he managed to force Peter August (Wes Ramsey) to confess all his crimes. Since then, Howarth has returned to the soap playing the role of Austin Gatlin Holt (Roger Howarth).

But given that it’s the world of soap operas, the powers that be can easily recast the character. When that happens, it’ll be interesting to see how his return would affect Finn and Liz’s budding relationship.

Victor Cassadine (Charles Shaughnessy) wants to find Peter and end things for good. Perhaps that’s been his plan all along as he sought out to reactivate Drew Cain (Cameron Mathison). Perhaps he’s been planning to use the info he got from Peter to reactive Drew to stop Peter once and for all.

However, Victor doesn’t know whether Peter told him the truth or not. There’s a big possibility that he gave him the wrong details because he figured out that Victor may double-cross him later on.

As for Liz, she’ll try to get her mind off everything that’s happening involving Franco Baldwin (Roger Howarth). Finn doesn’t want Liz to exhaust herself so he’ll try to find a better solution.

Of course, Liz can only rest once she uncovers the truth. She’ll find ways to find out who’s behind the creepy incidents but she won’t be able to fit the puzzle pieces just yet.

Brando Gets Chance To Have A Serious Talk With Sasha

Meanwhile, Brando Corbin (Johnny Wactor) will find the right opportunity and force Sasha Gilmore (Helena Mattsson) to talk. He tried to respect the latter’s wishes but he’ll want to know where they stand and if they will have a future together.

Below Deck Down Under: Cast Revealed, Fan-Favorite Returns