GH Spoilers Wednesday, February 16: If Willow Doesn’t Exist, Then Who Is She? 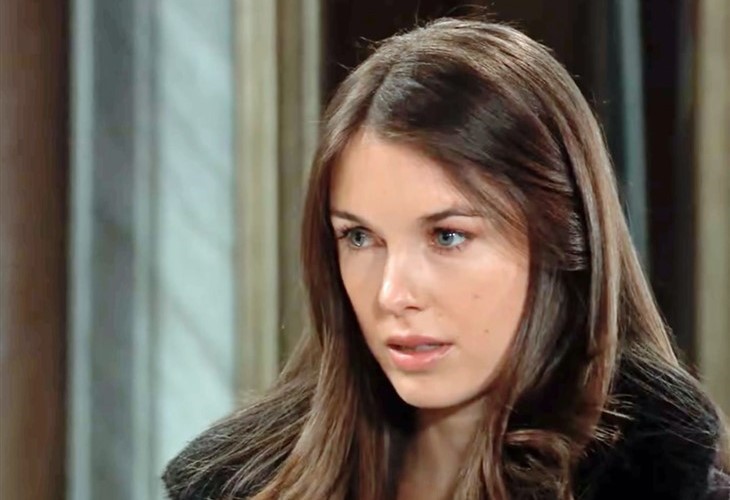 General Hospital (GH) spoilers for Wednesday, February 16, 2022, reveal a woman named Willow Tait who was once named Callie Miller trying to figure out why the United States government believes she doesn’t exist.

All Willow (Katelyn MacMullen) wanted was her birth certificate so she could get a passport and fly off to Paris with Michael Corinthos (Chad Duell) leaving their precious Wiley behind, but this couldn’t be easy and now Willow is freaked out because she can’t get a birth certificate and now knows there is no record of her ever being born.

As Harmony (Inga Cadranel) completely freaks out on Alexis Davis (Nancy Lee Grahn) while wondering if she should tell her a horrible truth, Willow runs into Nina Reeves (Cynthia Watros), who wants to know if she can ever see her grandson again. Wouldn’t it be interesting if Wiley is Nina’s grandson in more than one way?

Carly Corinthos (Laura Wright) should be proud of herself for raising a daughter who is just like her, believing everyone is out to get her and their family. That means Nina is in the hot seat with every Corinthos and Corinthos-adjacent person in town, except maybe Sonny Corinthos (Maurice Benard).

However, Sonny just wants to make sure Carly knows what she is doing with her new divorce idea and expresses his concerns to Michael that his mother may do something rash she will come to regret.

It was heartbreaking to watch Brook Lynn Quartermaine (Amanda Setton) and Harrison Chase (Josh Swickard) have to say goodbye to little Bailey Louise but at least they got a nice photo session out of it. Felicia (Kristina Wagner) and Mac Scorpio (John J. York) are thrilled to have their granddaughter back, but now Chase and BLQ don’t know what to do with themselves.

Brook thinks Chase will just move out now that they don’t have Bailey to take care of and protect anymore, but it doesn’t look like Chase wants to go anywhere as they comfort one another. Does that mean they are ready to take things to the next level? Stay tuned to General Hospital weekdays to see how these stories play out.