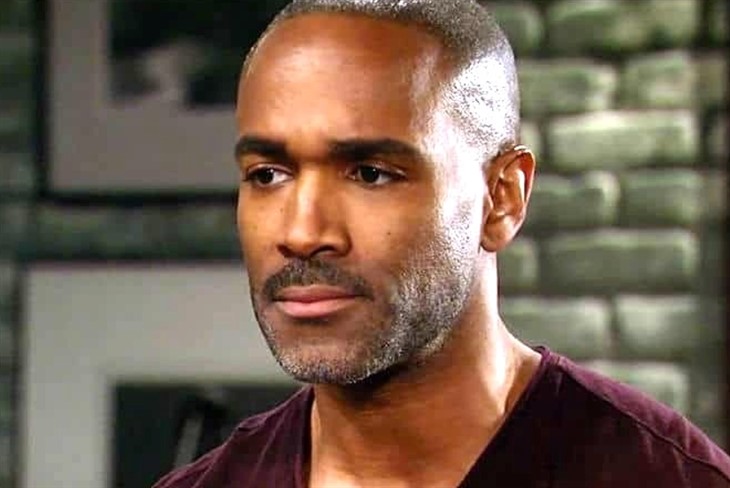 Previous episodes of GH revealed Marshall Ashford’s (Robert Gossett) past was full of lies. Curtis Ashford (Donnell Turner) had gone to Selina Wu (Lydia Look) and made a deal – his father’s past for poker games in his club. Now TJ Ashford (Tajh Bellow) has questions for Curtis about Marshall and asks what he’s lying about.

Unlike Curtis, Marshall has easily built up trust with his grandson TJ, while Curtis has remained suspicious. Curtis didn’t feel Marshall was being honest about why he abandoned Curtis and his family and disappeared for over thirty years. Will Curtis reveal to TJ what he has found out through the mobstress?

Meanwhile, Marshall, feeling unwanted and unaccepted by Curtis and most of his family, makes a big decision, and an unexpected one! Marshall makes an announcement to someone that he is leaving town, obviously discouraged with trying to make amends with his family. He wasn’t happy with Drew Cain (Cameron Mathison) offering him a job, which he figured out was Curtis’ idea. Curtis thought he could get a background check that way but Marshall figured it out and it sounds like he’s just given up! It has been obvious that he has been hiding something from his past but it may not be what Curtis thinks!

Previous GH episodes revealed Spencer Cassadine (Nicholas Chavez) and Cameron Webber (William Lipton) in a confrontation at Kelly’s! Cameron slugged Spencer and knocked him off his feet and Spencer slugged Officer Rory Cabrera (Michael Blake Kruse)! Officer Cabrera hauled them both over to the PCPD where they await arraignment in jail cells, with serious charges!

Spencer and Cameron are in holding cells across the way from each other and Spencer’s got a plan in mind. Spencer has been plotting to solve their legal problems and tells Cameron he just has to stick to the plan!

Harrison Chase (Josh Swickard) is surprised while on surveillance at Elizabeth Baldwin’s (Rebecca Herbst) home. Elizabeth and her family have been gaslighted, or maybe haunted, by Franco Baldwin (Roger Howarth) or his ghost! Chase has seen something while on duty protecting his brother Hamilton Finn’s (Michael Easton) girlfriend and even put up motion detector cameras. Apparently they, or perhaps he has seen something that he cannot explain and says there is someone who wants them to believe this! Someone has been leaving Franco-related messages for Elizabeth for several months now and they’re getting scarier!

Jordan Ashford (Tanisha Harper) investigates and has some questions, this is likely to be about the scuffle at Kelly’s. Officer Rory brought Cameron and Spencer in and documented that Spencer slugged him after Cameron slugged Spencer. Jordan wants to know who else was involved since the two boys had to be fighting over something!

Jordan’s answer will be that Cameron and Spencer were involved in a scuffle over a secret involving two girls. Trina Robinson (Tabyana Ali) and Josslyn Jacks (Eden McCoy) were both at Kelly’s and Rory heard the whole thing.

Britt Westbourne (Kelly Thiebaud) is at The Metro Court waiting for a date set up through Society Setups. That is the online dating service her mother Liesl Obrecht (Kathleen Gati) set her up with that she was resisting. It seems obvious that she has reasons not to trust online dating, as she mutters to herself. Britt says some guys can lead you in the wrong direction!

Drew Cain (Cameron Mathison) is also at the Metro Court, and GH spoilers tease Britt hears him! It sounds like he is giving someone a warning and talking about his experiences in the past. Drew is telling someone that not everybody that goes gets to come back, which could refer to the military. It could also refer to his time in captivity on Cassadine Island, however, and his late brother Jason Morgan (Steve Burton)!

Next, viewers see Maxie Jones (Kirsten Storms) delivering a warning to Damian Spinelli (Bradford Anderson), telling him not to ever say that again! Previous General Hospital episodes revealed Spinelli appears to be a little jealous of Austin Gatlin-Holt (Roger Howarth). Spinelli had a recent breakup with a woman he was with for several years and is back in Port Charles indefinitely.

Spinelli and Maxie were also once engaged and shared a child. It sounds like he may be talking about Austin and disappointed about not having another chance with Maxie!

Sonny Corinthos (Maurice Benard) appears to be at the same club as Maxie and Spinelli. Sonny recently reasserted himself as head of his territory and had to send an interloper to the Pine Barrens! He looks to be calm and not angry so it’s probably not a warning to an enemy this time. However, he does tell someone that they are making a big mistake!

B&B Spoilers: Hope’s Not Giving Her Man To Steffy