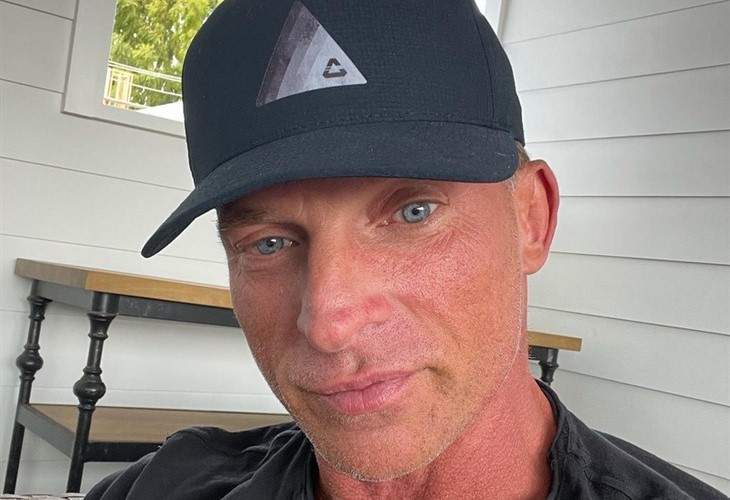 General Hospital (GH) spoilers indicate that former GH star, Steve Burton, wasn’t looking for a new job when he left the show last fall. Steve says he would get audition offers but continued to turn them down. However, Days of Our Lives sent an offer that he couldn’t refuse leading him back to where his daytime career began.

General Hospital’s Burton says Days of Our Lives offered him a deal that he couldn’t pass up. Burton was intrigued by the fact that the show was on Peacock and was streaming. Burton met with Albert Alarr, the co-executive producer, who explained that the show would be a five-episode mini-series and they wanted to bring back his old character Harris Michaels. Steve knew a lot of the people involved including Albert and was eager to jump on the Beyond Salem bandwagon. Steve admits that when he joined Days in 1988 he was only supposed to be there for a couple of episodes and ended up doing about 15.

When General Hospital’s Burton was asked how he felt to be back in the Days universe he said it had been great. Brandon Barash (Jake Dimera) worked with him on General Hospital. Stephen Nichols (Steve Johnson) and Mary Beth Evans (Kayla Johnson) had worked with Burton before. Mary Beth even teased him about being in the makeup chair because of his hair back then. Burton mentions Kristian Alfonso (Hope Brady) as well as Drake Hogestyn (John Black) as well. Burton says some of these people he had met at soap opera award ceremonies etc. over the years.

General Hospital’s Burton says he felt a little rusty walking onto the set but that just means he has to work more at home. Burton says Maurice Benard (Sonny Corinthos) taught him to know his material backward and forward and then he can feel more at ease. Steve says that he has no animosity against General Hospital they did what they had to do and he did what he had to do. However, when Burton left he stated he would wait for a new door to open and that is exactly what he did.

Burton invites everyone to watch Beyond Salem and let him know what you think about his reprised role on the soap. Beyond Salem streams in July on Peacock. The show airs July 11 – 15 and requires a premium subscription to watch.