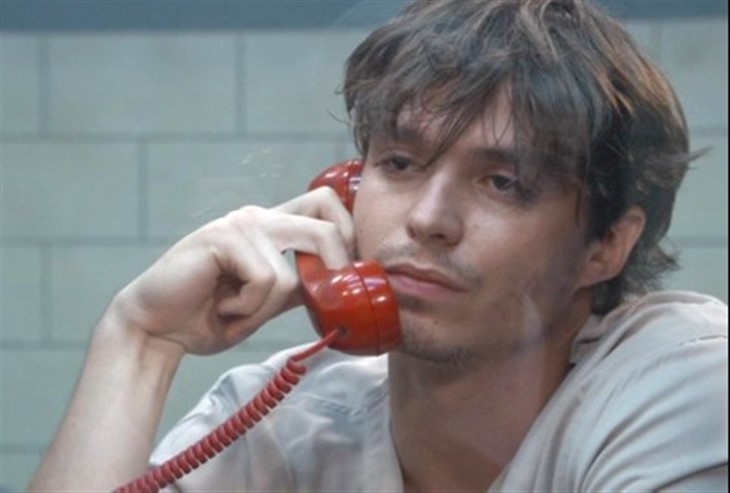 General Hospital spoilers teases Spencer Cassadine (Nicholas Chavez) will gain a helpful ally during his stint in prison, and they just might lead him to the truth about The Hook! He didn’t ask to stumble upon this information, but now that he has it, he can’t sit on it just hoping the woman he loves doesn’t pay for his silence.

Spencer hasn’t been in Pentonville long and already, it has had an effect on him. As his luck would have it, adults can be bullies, too. This isn’t boarding school, and Spencer wasn’t prepared for just how different it is from Spring Ridge. While he’s accustomed to operating in a society that treats you accordingly based on who you know, Spencer doesn’t know anyone in Pentonville — until now.

A formidable ally recently came to Spencer’s defense during a brawl among inmates — Cyrus Renault (Jeff Kober) — who just happens to be Spencer’s nephew as he shares a father with Mayor Laura Collins (Genie Francis), Spencer’s grandmother. Cyrus might provide security, but he could also bring to the table one piece of the puzzle that police have been missing with The Hook.

Cyrus isn’t the only uncle in town though. Spencer’s other uncles — Sonny Corinthos (Maurice Benard) and Victor Cassadine (Charles Shaugnessy) have Spencer’s back, too — or at least they both appear to. At least one of these three uncles is going to have their own agenda at play, and Spencer won’t be aware of it until it’s too late. Could the lead Spencer finds that lays a name on The Hook be planted just to further ruin Spencer’s relationship with the one person who truly matters to him — Trina Robinson (Tabyana Ali)?

General Hospital Spoilers – Says Rory Cabera May Be The Hook!

Spencer will struggle with the realization that Rory Cabrera (Michael Blake Kruse) could be the mastermind behind The Hook. His immediate concern is Trina. Her safety matters most, and Spencer may try to get a message to loved ones who are in a better position to protect her — like his stepmother, Ava Jerome Cassadine (Maura West). But will anyone believe Spencer’s version of the truth while he’s locked up in a cell and pining for Trina — or will his attempts to warn her make him come off as a jealous guy who won’t let go of the girl he never really had? Let us know what you think comes next for Spencer, Trina, and Rory. Could he be The Hook?

Stick with us for more GH news and updates as we have them, and an endless supply of spoilers to keep you satisfied between episodes.