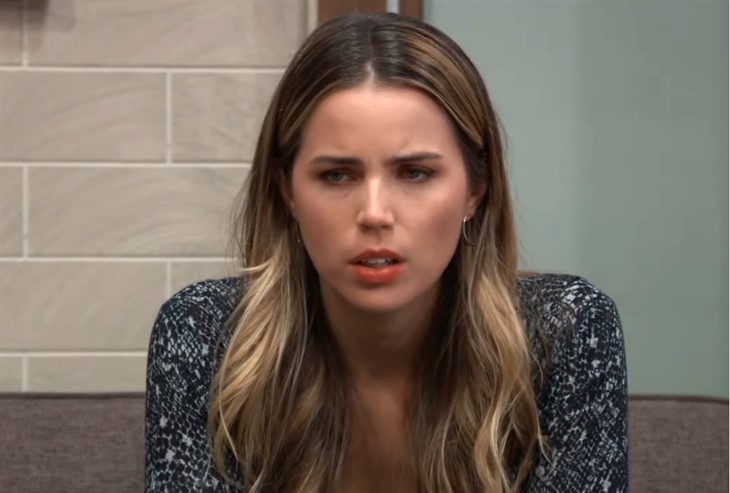 General Hospital (GH) spoilers suggest that Brando Corbin (Johnny Wactor) could very well be on his way out. If Brando dies, Sasha Gilmore may be forced to make a tough choice. Sasha had agreed to allow Brando to be her guardian until she was deemed ok to take care of her affairs. What will she do if he’s gone?

General Hospital spoilers reveal that Sasha is praying for a miracle that she may not get. Brando is her husband and the only option she was giving for a guardian. If Brando dies, Gladys Corbin (Bonnie Burroughs) isn’t likely to be in any shape to help Sasha if the courts would let her. Nina Reeves (Cynthia Watros) could be another possibility but she has a history of mental illness as well.

Sasha has no other close family so she may only have two choices if she cannot find a suitable replacement. Sasha could be forced to decide between committing herself and facing prison. Sasha could not survive in a prison environment, so she may be forced to commit herself to a mental institution until she is well.

Sasha has lost her job as the Face Of Deception. Sasha is no longer the spokesperson for the company. Sasha has even been forced to become a silent partner in the business she helped relaunch. If Brando dies, Sasha will have lost her son and her husband as well. By this point, Sasha could even become suicidal

Will Sasha turn to drugs again before she seeks the help she needs? Will Sasha go and get the treatment she knows Brando would want her to have? Brando would not willingly let his wife down for anything. However, Brando may not be able to fight his way through this new complication. Will Sasha be on her own once again?

Sasha and Brando were planning their wedding anniversary when he started to cough up blood and began to have a seizure. Sasha was dumbfounded for a moment but hopefully quickly calls for help. Brando could have simply fallen into a coma and survived to wake up years from now if needed. However, it does not seem like that is what is in store.

Will Sasha go away to come back and improve her image after her latest outbursts? Will Sasha have a job waiting when she returns? It may be hard to gain forgiveness in the public eye, but at least Sasha is trying to do what she needs to get better. Will Sasha succeed?