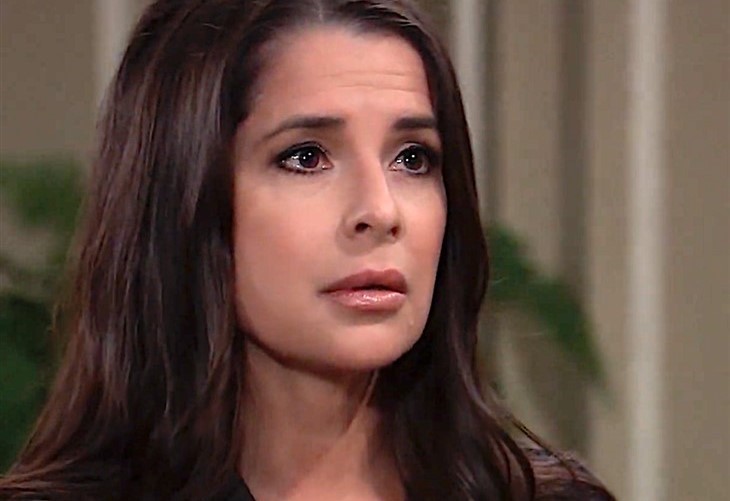 General Hospital Spoilers tease that Drew Cain (Cameron Mathison) has been spending the last few months reacquainting himself to life in Port Charles. After over two years in captivity at the hands of Peter August (Wes Ramsey) and Victor Cassadine (Charles Shaughnessy), Drew has a lot of time to make up for. And although Drew and Sam McCall (Kelly Monaco) weren’t together when Drew went missing, their bond seems to be as strong as ever.

Sam is quite happy with Dante Falconeri (Dominic Zomprogna), Dante recently suffered minor injuries during Peter August’s (Wes Ramsey) escape from police custody. Sam recently even admitted that she loves Dante. This means that Drew has no choice but to finally put Sam behind him and move on. For his part, Drew has been spending a lot of time with Carly Corinthos (Laura Wright). Seeing the two of them together may very well cause Sam to feel a bit jealous, despite her feelings for Dante.

GH Spoilers – Drew Cain And Carly Corinthos Have A Complicated Past!

When Drew first arrived in Port Charles, he had amnesia and wasn’t sure who he even was. For a long time, it was believed that Drew was actually his twin brother, Jason Morgan (Steve Burton). Jason and Carly had been quite close, and so were Carly and Drew. But once the real Jason came back, Carly didn’t have much use for Drew and they grew apart. This continued until Drew disappeared and was believed to be dead. But once Drew returned, Carly apologized for how she had treated Drew and they began to spend time together talking.

General Hospital Spoilers – Sam McCall Will Be Jealous, Despite Herself!

The pull of Carly was always a wedge between Sam and Jason. Carly seemingly always came first for Jason so when Sam sees that Drew and Carly are spending quite a bit of time together, those memories will come rushing back. Although she is quite happy with Dante, Sam will still have flashes of jealousy when she discovers that Carly and Drew are spending time together, especially now that Carly’s marriage to Sonny Corinthos (Maurice Bernard) appears to be over for good. A well-meaning Sam may even warn Drew about getting to close to Carly. But is this real concern, or is a part of Sam jealous? Dante will certainly want to know.

Are Sam and Drew better off as just friends? How will Sam react to Carly and Drew’s newfound friendship? Does a part of her still want Drew? Anything can happen in Port Charles so stay tuned to General Hospital airing weekdays on ABC. And don’t forget to check back right here regularly for all your General Hospital news, information and spoilers!