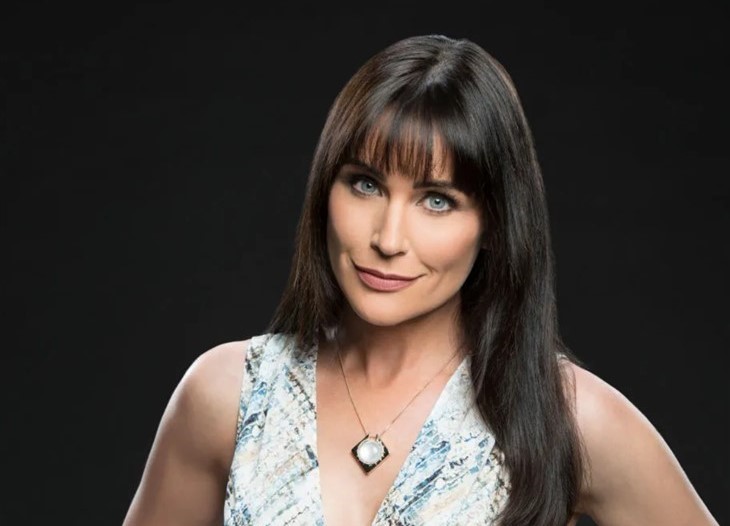 General Hospital (GH) spoilers tease that The Bold & Beautiful’s loss could mean big things for General Hospital in the coming weeks, Sofer has been playing Quinn Forrester on the CBS soap for the last several years but according to her Twitter feed she doesn’t plan to renew her current contract. And while she didn’t mention anything about General Hospital, Sofer played Lois Cerullo on that show for many years. Lois still has many connections in Port Charles including her daughter, Brook Lynn Quartermaine (Amanda Setton).

General Hospital Spoilers – Lois Cerullo Is Due For A Visit!

Brook Lynn has returned to her hometown of Bensonhurst to see Lois occasionally over the past few years but Lois hasn’t set foot in Port Charles since Brook Lynn moved back to Port Charles. Perhaps one reason for that is the fact that she was once married to Ned Quartermaine (Wally Kurth). Ned is remarried now to Olivia Falconeri (Lisa LoCicero), but until recently the marriage was troubled. Not wanting to make matters worse for Ned, Lois may have made a conscious decision to stay away. But Ned and Olivia’s marriage is much more stable now, and they seem happier than ever.

GH Spoilers – Lois Cerullo Knows All The Ins And Outs Of The Music Business!

Lois is a very successful music producer and was originally Brook Lynn’s manager. But Brook Lynn wasn’t happy having her mother doing double duty as her manager. That’s when Brook Lynn signed up with Linc Brown (Dan Buran). But Linc proved to be a sexual predator. He barely booked any time for her at a recording studio or live performances, telling Brook Lynn that if she slept with him, she would get those things. Brook Lynn spent the next few months trying to break her contract with Linc, who finally agreed to end their partnership in exchange for her shares in ELQ. But even now, Linc claims that he has a stake in any song Brook Lynn wrote while she was under contract.

Brook Lynn has roped Harrison Chase (Josh Swickard) into starting a musical career. Her plan involves Chase signing with Linc as leverage to get her musical catalog back. This would be a perfect time for Lois to show up and charm him into going forward with a career in music with her as his manager. Lois might also be the only person who can point out that Brook Lynn and Chase are madly in love and push them into moving forward as a couple. As far as her own love life goes Lois will certainly try to hide any feelings she still has for Ned, but those things always come out and despite her best intentions she and Ned could end up falling back in love, and could possibly end Ned and Olivia’s marriage.

Is it time for Lois to return to Port Charles? Will she convince Brook Lynn and Chase to finally move forward with romance? And is Lois truly over Ned? Anything can happen in Port Charles so stay tuned to General Hospital airing weekdays on ABC. And don’t forget to check back right here regularly for all your General Hospital news, information, and spoilers!