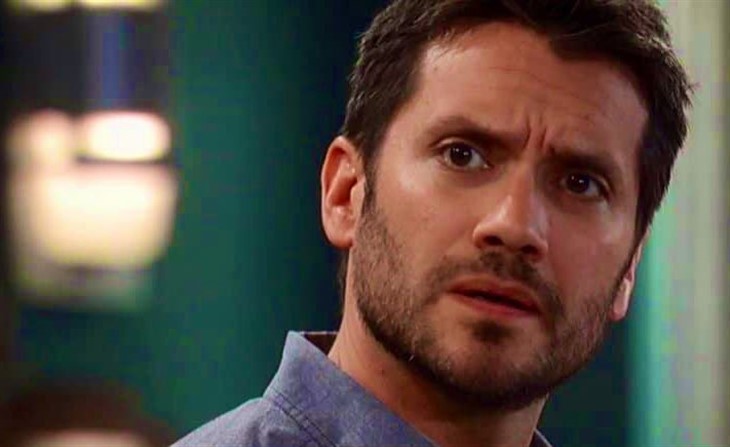 In Dr. Portia Robinson’s (Brook Kerr) office at GH, Ava Jerome Cassadine (Maura West) has questions about her recovery. Ava was the first attack victim of The Hook, and she asks Portia if there’s something else wrong with her. Perhaps she’s sensing Portia’s worry about the safety of her and everyone else in Port Charles, Trina Robinson (Tabyana Ali) at the top of the list.

Trina and Portia do well to worry about Trina, because she’s surely on The Hook’s hit list even though she thinks she can take care of herself. This is definitely not a case of what someone doesn’t know won’t hurt them.

GH Spoilers – Something For Curtis Ashford

At the Port Charles Police Department, Curtis Ashford (Donnell Turner) is in Port Charles Police Commissioner Jordan Ashford’s (Tanisha Harper) office. Jordan hands him a large envelope across her desk and asks him to look inside it. This will probably be another copy of her signed divorce papers, freeing him to proceed with his wedding plans to Portia. Jordan is far too busy with the serial killer investigations to quibble over whether she’s still got feelings for him or not. Curtis knows it’s all hands on deck and on foot at the PCPD, likely wishing he could do more to help solve the case.

Dante gives Sam McCall (Kelly Monaco) some updates about the Port Charles Hook case, at least as many as he can freely share. He tells her that the police are more determined than ever to find out who did this; they are likely at Brando’s funeral. As Dante had previously mentioned, the trajectory of the investigation has changed, now that they know a woman is responsible for the attacks and wears jingling bracelets.

Danger remains afoot in Port Charles until the case is solved and the killer is brought in. Even those at Brando’s funeral are on guard, knowing some killers relish the fallout of their victim’s deaths.

At Wyndemere Castle, Victor Cassadine (Charles Shaughnessy) poses some important questions to his grandnephew Nikolas Cassadine (Marcus Coloma). Victor, via his son Valentin Cassadine (James Patrick Stuart) came to Nikolas’ rescue by retrieving his written confession that he killed Esmé Prince (Avery Kristen Pohl). Victor gets in Nikolas’ face, wanting to know what else Ava has on him, because he doesn’t trust Ava any more than he’d trust Esmé. The old saying it takes one to know one very much comes into play, since the duplicitous and sneaky Cassadines and the former mob queen Ava are a pretty even match.

Josslyn asks Dex Heller (Evan Hofer) an intriguing question, not missing a trick as the daughter of her mother Carly Corinthos (Laura Wright). Dex obviously slipped up as he told her she sounds like her brother Michael Corinthos (Chad Duell) who hired him to infiltrate Sonny Corinthos’ (Maurice Benard) organization. Dex will probably cover quickly, and tell her he’s run into Michael a couple of times before, when she asks how he knows she sounds like her brother.

Dex still looks pretty roughed up after his ordeal in the freezer in the back of Pozzulo’s Restaurant hanging from a meat hook. Still, he had no problems convincing Michael to let him keep working on the plan.

Brando’s family has gathered for a sad goodbye, as Sonny raises a toast with what appears to be a bottle of beer. He directs his comments towards a large portrait of a smiling Brando, and says he’ll never be forgotten as Nina Reeves (Cynthia Watros) stands by his side for support. Nina will be a big support to her daughter figure Sasha Gilmore Corbin (Sofia Mattsson) as well, and the family will pull together. Sonny will also get an important reminder from Gladys Corbin (Bonnie Burroughs).

Esmé stands inside what appears to be Wyndemere, obviously having traveled through the tunnels that run under Spoon Island from the mainland under the harbor. There are secret rooms and secret panels all over the place inside the castle, unless Valentin closed some of them off, which may have been reopened since. She looks self-satisfied as she asks herself out loud who says you can’t go home again, and she smiles. Is that what she meant by telling Ryan Chamberlain (Jon Lindstrom) she had something to take care of, or was she referring to the body the PCPD will find?

Days of Our Lives Spoilers: EJ DiMera Learns The Truth About Johnny