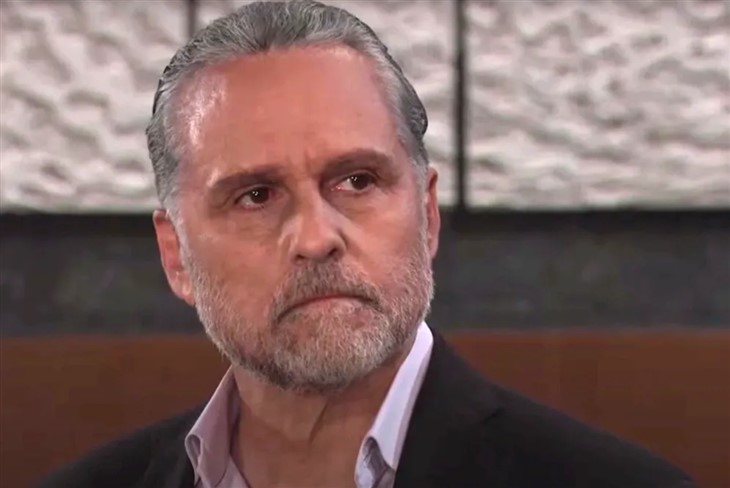 Will Carly put the pieces together and figure out that Nina is Willow’s mother? Will Carly reveal the truth about Willow if she does figure it out? Nina will force Sonny to choose sides in Wiley Corinthos’ (Viron Weaver) custody hearing. Will Sonny have to choose if he wants a relationship with Nina as well? Laura Collins (Genie Frances) will also have her hands full with trying to take down Victor Cassadine (Charles Shaughnessy). Laura tries to lay down the law for her family.

General Hospital Spoilers – Anna Devane Has Feelings To Sort Out

General Hospital’s Anna Devane (Finola Hughes) still has feelings to sort out for Valentin Cassadine (James Patrick Stuart). Anna is also dealing with the guilt over Peter August’s (Wes Ramsey) death and her investigation of Jennifer Smith (Holly Gagnier). Nikolas Cassadine (Marcus Coloma) and Ava Cassadine’s (Maura West) marriage will become more susceptible to Esme Prince’s (Avery Kristen Pohl) manipulations. Spencer Cassadine (Nicholas Chavez) will continue to hide his feelings for Trina Robinson (Tabyana Ali) as he tries to prove Esme’s guilt, will he succeed? A strain will be put on Cameron Webber (William Lipton) and Jocelyn Jacks (Eden McCoy) because he is covering for Spencer. Will Cameron and Jocelyn’s relationship survive?

General Hospital’s Liz Baldwin (Rebecca Herbst) and Hamilton Finn (Michael Easton) will continue to try to figure out who is stalking her. Liz will begin to believe it is truly Franco Baldwin (ex-Roger Howarth) reaching out from beyond the grave. Britt Westbourne (Kelly Thiebaud) is about to collapse from the amount of stress she’s under. Meanwhile, Maxie Jones (Kirsten Storms) and Austin Holt (Roger Howarth) will continue to struggle with their relationship.

General Hospital’s Alexis Davis (Nancy Lee Grahn) will throw herself into the Invader after her ordeal with Harmony. Sam McCall (Kelly Monaco) gets a glimpse into Dante Falconi’s past. Drew Cain (Cameron Mathison) and Michael Corinthos (Chad Duell) have plans for Aurora but the Quartermaines may not agree. Jordan Ashford (Tanisha Harper) will remember Portia Robinson’s (Brooke Kerr) confession from months ago. Will Jordan cause a rift in Portia and Curtis Ashford’s (Donnell Turner) relationship with her news?

A lot is going on in Port Charles in the next month. Will a war ensue between Sonny and Selina in the end?