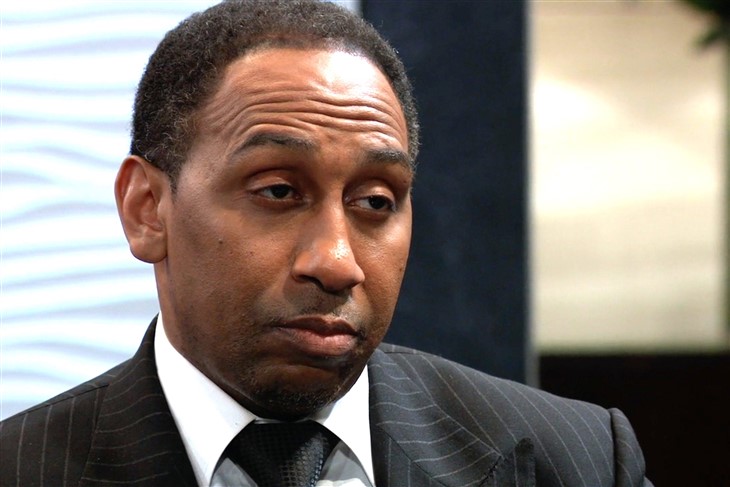 General Hospital (GH) spoilers for Friday, July 29 tease there will be confessions, confrontations and a need for control in the next GH.

General Hospital Spoilers – A Lot To Talk About

At Volonino’s Gym, Brick (Stephen A. Smith) corners Dex Heller (Evan Hofer) near the boxing ring, wanting to ask him some distinct questions. Brick knows that Dex wasn’t anyone that he was going to refer to Sonny Corinthos (Maurice Benard) as his new enforcer, and he has some suspicions about the new guy. Brick tells Dex he’s sure that they will have a lot to talk about, and Dex should be prepared to answer a lot of questions.

Brick will want to do more of a deep dive on Dex before making any recommendations, and he wants to make sure Dex checks out. There will be a lot to talk about, all right, and Dex will have to be very careful to tell only what Michael Corinthos (Chad Duell) has coached him on.

GH Spoilers – What Are You Looking For?

At General Hospital, Willow Tait (Katelyn MacMullen) has concerns as she is there for Dr. TJ Ashford (Tajh Bellow) to run additional tests. Willow is likely nervous although she tries not to show it as she asks him to tell her what it is he is looking for. She suspects that he has an idea of the condition that has been causing her fainting and worries over if it will affect the baby. TJ does seem to have his suspicions and already told her he didn’t think it was caused by her pregnancy.

Trina herself had hesitated to bring that up because she didn’t want to throw Spencer under the bus, but he has decided to make the sacrifice himself. It’s a grand gesture indeed, but there could be repercussions for him.

GH Spoilers: Confrontation At The Castle

Meanwhile, back at Wyndemere Castle, Ava Cassadine (Maura West) has gone to confront Esmé Prince (Avery Kristen Pohl) for seducing Nikolas Cassadine (Marcus Coloma). She caught her packing her bags and getting ready to leave Port Charles when she stopped her and called her a conniving little biotch. Ava stops Esmé dead in her tracks and tells her now she’s pushed the button, and if her anger at Nikolas was any indication, Esmé’s set off a nuclear explosion!

General Hospital Spoilers – What Is Happening?

Back at the Port Charles courthouse, Portia Robinson (Brook Kerr) is confused, as she asks Marcus Taggert (Réal Andrews) what the h-e- double hockey sticks is happening here? She’s obviously blindsided at Spencer throwing himself on his sword, so to speak, for Trina as he tries to exonerate her on the stand. Portia can’t stand the entitled acting Spencer and told him once before to stay away from her daughter and told her to stay away from him.

Yet there he is, stepping up at the last minute to save Trina from prison and at the same time incriminating herself. Likely, she will remain skeptical that the Cassadine doesn’t have some kind of scam up his sleeve in doing so.

GH Spoilers – I Think I May Have Found Someone

Back at Volonino’s Gym, Sonny stands by a punching bag as he tells Brick he thinks he may have found someone, referring to Dex replacing Jason Morgan (Steve Burton). Brick is already suspicious of Dex although they will discuss ways to assess if Dex is really ready to step up in the organization. Brick is super cautious, knowing that there have been mob wannabees rising up who want to take over Sonny’s territory and he wants to make sure Dex isn’t one of them. But Dex is Michael’s plant to take down Sonny and what’s left of his legitimate businesses as well as make sure he’s put in prison for good. Will Brick be able to find that out?

At GH, Brando Corbin (Johnny Wactor) and Sasha Gilmore Corbin (Sofia Mattsson) get into an intense argument over a need for control. Sasha had reassured Brando that the drugs were out of her system and she was okay after her break with reality at Home And Heart. Brando is being overprotective, perhaps, but he had overcome drug addiction himself in the past so he’s been there.

Brando has been trying to convince Sasha to continue in psychiatric therapy over the death of their newborn and she has said a firm no. Brando loses it and goes ballistic, shouting that somebody needs to control her.

Days Of Our Lives Spoilers: A DiMera Death Leads To Dirty Dealings