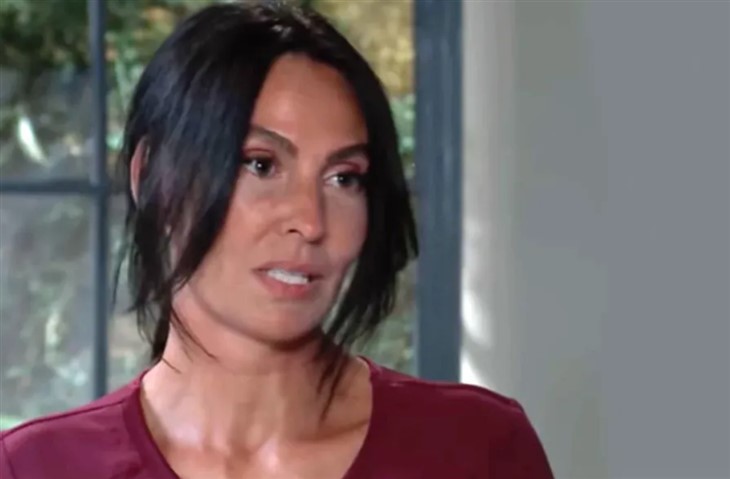 General Hospital (GH) spoilers for Friday, February 25, 2022, reveal Michael and Willow getting a surprise that may upend them in a way they never expected.

All Michael Corinthos (Chad Duell) and Willow Tait (Katelyn MacMullen) wanted to do was take a trip to Paris and leave Wiley with Monica (Leslie Charleson) as she is the forever grandparent who will watch any kid you give her. But, that’s proving to be easier said than done because Willow needs a passport and she doesn’t have one. And neither does her mother — for a very good reason. She is not actually Willow’s mother.

After coming up with some story about taking in a baby born on a commune she lived on, Harmony now decides there is something she needs to tell Willow. Alexis Davis (Nancy Lee Grahn) seemed to buy her commune story, but is she willing to tell Willow she is not her mother and where she really came from or will she make up more stories on why there is no record of the young woman’s birth? This could be a big moment of truth for Harmony.

Your favorite Port Charles citizens continue to breathe a sigh of relief that Peter August (Wes Ramsey) is finally dead. Sam McCall (Kelly Monaco) is thrilled that Dante Falconeri (Dominic Zamprogna) is back and they made it through the ordeal with Peter, while Drew Cain (Cameron Mathison) announces they never have to look over their shoulders again.

Elizabeth Webber (Rebecca Herbst) can sense something big is going on but is it the news that her husband’s murderer is not dead and paying for his crimes or does this have to do with the mysterious happenings in her life?

General Hospital Spoilers – Does Sonny Corinthos Like Being Free?

Nina Reeves (Cynthia Watros) wants some honesty from Sonny Corinthos (Maurice Benard) but maybe he doesn’t want to be honest about his meds or his drinking. He is tired of explaining himself to everyone and tells her so. He also seems to like the freedom of being away from Carly Corinthos (Laura Wright). However, Carly wants to know what is going on with him. Will she find out he is with Nina? Stay tuned to General Hospital weekdays to see how these stories play out.