General Hospital Spoilers: Cody’s Blast From the Past, Another Port Charles Connection 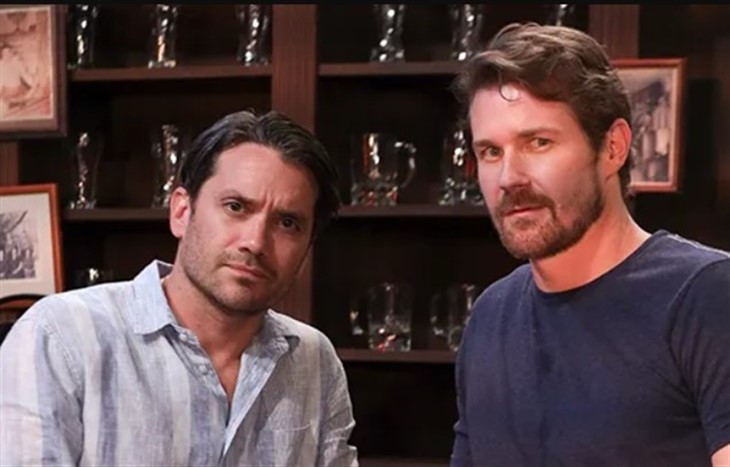 General Hospital spoilers reveal that Cody Bell (Josh Kelly) literally crash landed in Port Charles. Cody turned out to be a childhood friend of Dante Falconeri (Dominic Zamprogna). However, during the week of August 8, Cody will run into another familiar face. It is teased that this connection could be Scott Baldwin (Kin Shriner).

GH spoilers reveal that when Cody crashed into Britt Westbourne (Kelly Thiebaud), it wasn’t quite the impression he was trying to make. Cody had a job to do and it didn’t go as planned. It made Britt instantly hate Cody, especially after her drunken pool photo went viral. When Britt demanded that Cody be arrested, it turned out that he knew the detective.

Even though Cody seemed excited to run into Dante, the feeling wasn’t exactly mutual. Dante remembered Cody as a kid who was always in trouble. Since Cody’s arrival in Port Charles, Dante has tried to balance being a friend with being cautious about his current problems.

Despite Britt despising Cody, he hasn’t given up on trying to form a connection with her. Of course, this seems to be triggered by the mention of Britt’s father, Cesar Faison (Anders Hove). Cody did manage to score a date with Britt, but it wasn’t his own doing. Cody had to coerce Damien Spinelli (Bradford Anderson) into making it happen through Society Setups.

General Hospital spoilers reveal that Cody definitely has money problems. Cody freaked out when his gig for the parachuting ended up being less than originally agreed. Then, Cody got involved in a high-stakes poker game. However, that ended badly as well. Not only did Cody not get the big winnings, but he was also injured by Selina Wu’s (Lydia Look) henchman.

It is teased that on August 9, Scott will question Ava Jerome Cassadine (Maura West) about her divorce. During this same episode, Cody sees a familiar face, which causes him to have a shocked look on his face. So, could that connection be Scott?

During the week of August 15, Scott will mention Cody to Lucy Coe (Lynn Herring). So, fans might finally find out a bit about Cody’s past… as well as how he’s connected to Scott.

Do you believe that Cody running into a familiar face is Scott? How are the two linked and what will be divulged regarding Cody’s past? What do you make of the Port Charles newcomer and his fixation on Britt? Share your thoughts and remember to keep watching the ABC soap to see what happens next.