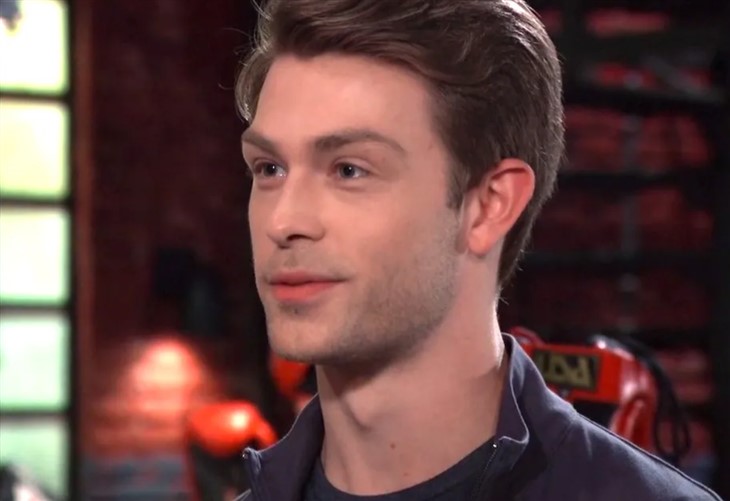 General Hospital (GH) spoilers reveal that Sonny Corinthos (Maurice Benard) has a new assignment for Dex Heller (Evan Hofer), one that is a test of loyalty. Last week Sonny met with Brick (Stephen A. Smith) who had a chance to give Dex the once over, as Sonny confessed he is considering him as Jason Morgan’s (Steve Burton) replacement.

Will Dex be asked to murder Felty (Brian Norris) after he beat him up last week? Sonny threatened to kill Felty for harassing Sasha Gilmore (Sofia Mattsson), but Josslyn Jacks (Eden McCoy) came along and started filming. Dex convinced her to delete the video and their chem test was a huge hit with fans who think they could hook up later on.

When Felty was in the hospital, Dante Falconeri (Dominic Zamprogna) was given a hint that his dad was behind the beatdown.

General Hospital Spoilers – Sonny Corinthos’s Kids Have His Back?

Later, Felty told a sleazy reporter Grant Smoltz (David Lautman) that he had a new story about the “Face of

Deception” being on drugs the night when she ran down Harmony Miller (Inga Cadranel). It looks like this leak is going to hit the press, enraging Sonny who could make Felty disappear for good.

Explosive show spoilers tease that Sonny orders Dex to perform a new assignment during the week of August 1-8, and all hints lead to it being a murderous hit. After all, that was what Jason specialized in!

Sonny doesn’t have time for numbskulls who need to be trained and as he told a skeptical Brick, Jason was around Dex’s age when he came onboard. What Sonny doesn’t know is that Dex is a plant for Michael Corinthos (Chad Duell). How far will Dex go to appease his new boss? Is he willing to kill for approval?

Felty has made it clear he did not learn his lesson and he wants Sasha to pay for her mistake. This will have dire consequences and involve more of Sonny’s inside circle than he ever could have imagined.

Will Dante and Joss also be caught up in this upcoming mess? GH spoilers tease that Sonny’s new job for Dex could have lethal results!